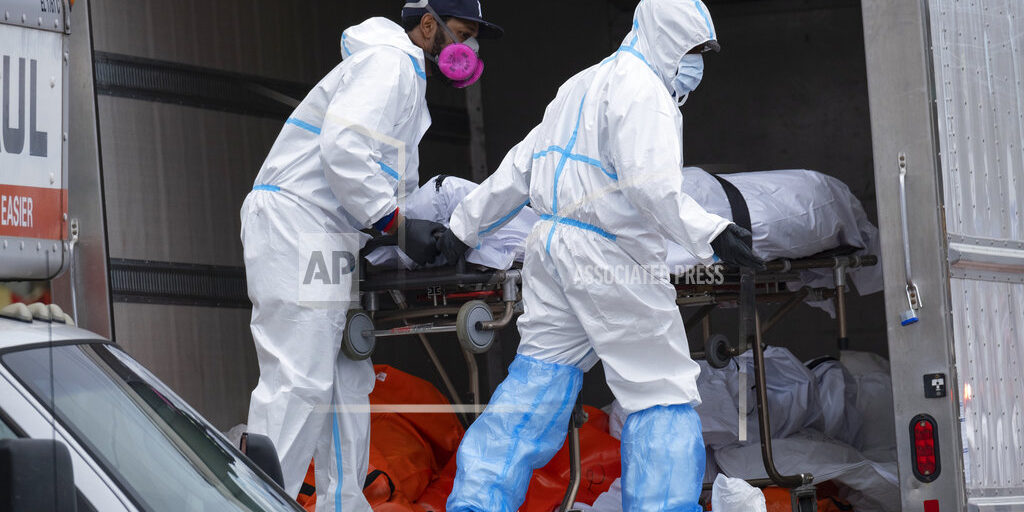 Brooklyn, NY (AP) — Police were called to a Brooklyn funeral home Wednesday after it resorted to storing dozens of bodies on ice in rented trucks. The scene was the latest example of funeral homes struggling with thousands of deaths caused by the coronavirus. A law enforcement official says investigators who responded to a 911 call found the home had rented four trucks to hold about 50 corpses. No criminal charges were brought. The official was not authorized to talk publicly about the investigation and spoke to The Associated Press on condition of anonymity. A person who answered the phone at the funeral home hung up without speaking.