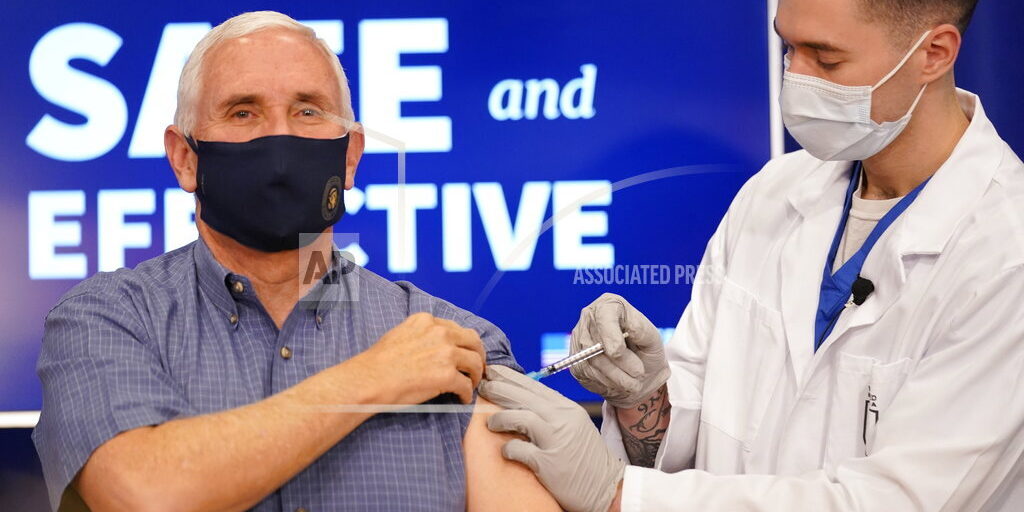 WASHINGTON (AP) — Vice President Mike Pence and the leaders of the House and Senate received their first COVID-19 vaccinations as they tried to reassure Americans the shot is safe. Pence celebrated the milestone Friday as “a medical miracle” that could eventually end a pandemic that has killed more than 310,000 Americans. Conspicuously absent was President Donald Trump, who has remained largely out of sight five days into the largest vaccination campaign in the nation’s history. Trump’s relative silence comes as he continues to rage about his defeat in the Nov. 3 election and embraces increasingly extreme efforts to overturn the people’s will.