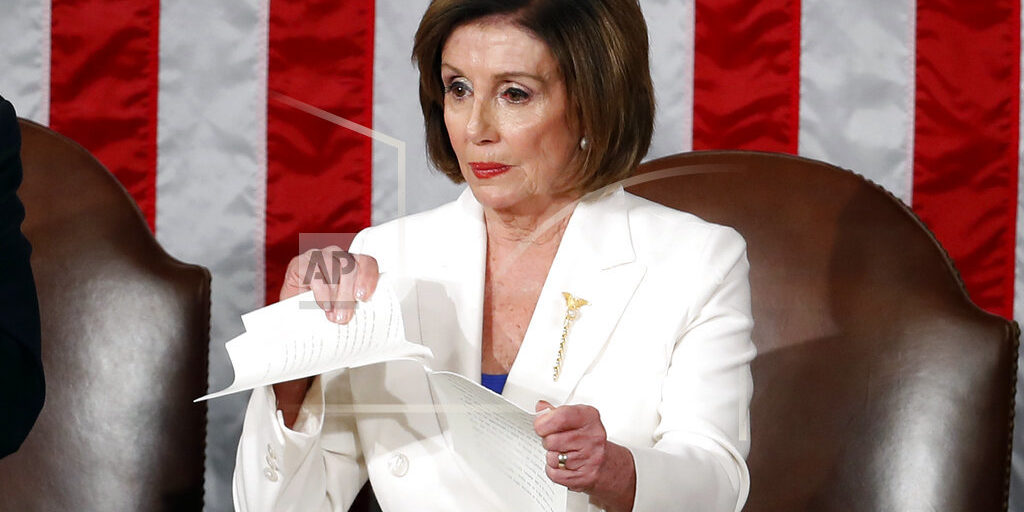 Washington, DC (AP) House Speaker Nancy Pelosi had the last word on President Donald Trump’s State of the Union speech. As he finished speaking Tuesday, Pelosi, behind him on camera, ripped up her copy. After he’d left, she waved what remained of it to her family in the gallery. The moment echoed Pelosi’s smirking clap last year in the same spot as the president began his speech. But this time, he is on the brink of acquittal in a Senate impeachment trial, with the Republican Party behind him. The Democrats are in a difficult presidential nomination fight.