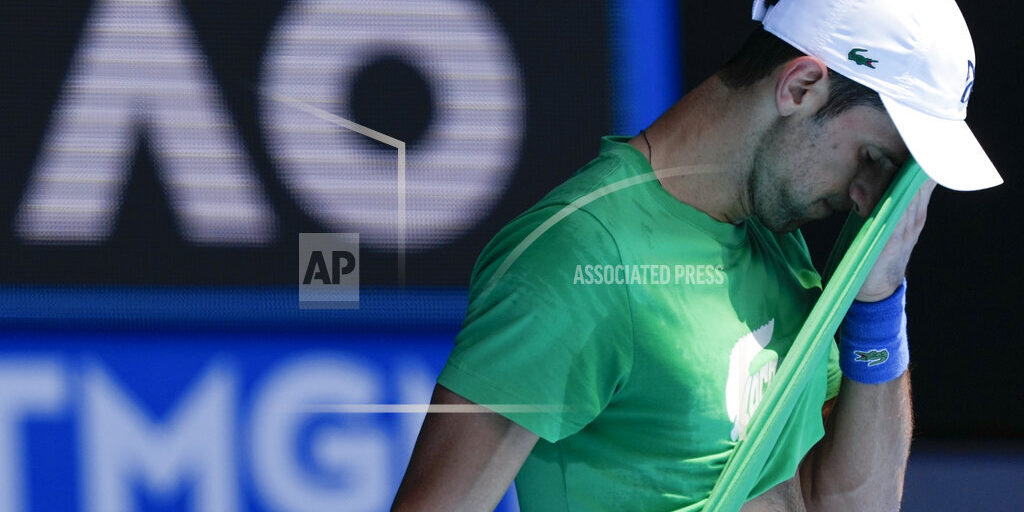 MELBOURNE, Australia (AP) — Novak Djokovic was being deported rather than playing his first-round Australian Open match on Monday. The nine-time and defending champion was scheduled to play a night match on Day 1 in a program announced on Sunday while Djokovic was still in legal limbo. Three judges in the Federal Court later upheld the immigration minister’s decision to cancel Djokovic’s visa. The Australian government revoked Djokovic’s visa on Friday due to issues surrounding his stance against COVID-19 vaccination. He’d been drawn to play fellow Serbian Miomir Kecmanovic in the first round. Under Grand Slam regulations Djokovic was replaced by a so-called “lucky loser” because he withdrew after the order of play was released.