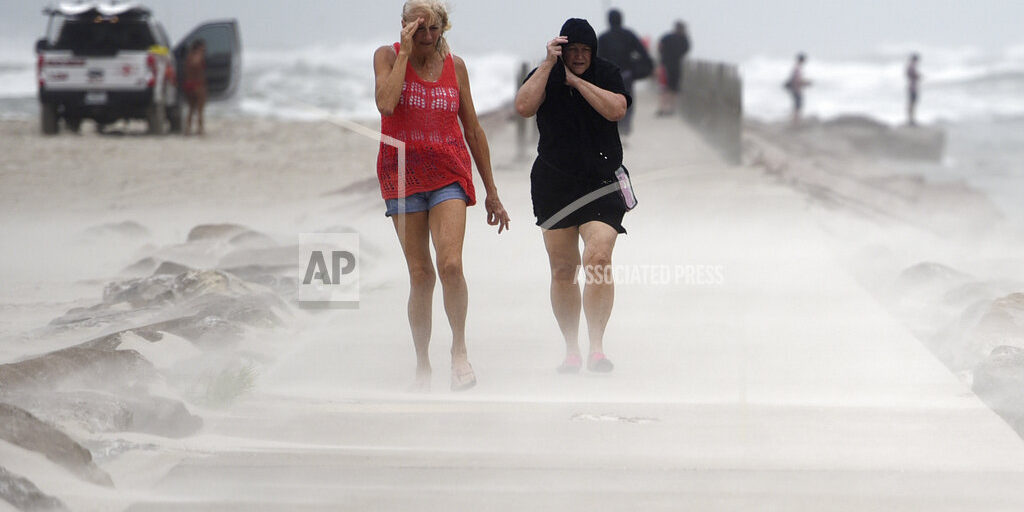 HOUSTON (AP) — Tropical Storm Nicholas hit the Texas coast as a hurricane, bringing the threat of up to 20 inches of rainfall to parts of the Gulf Coast. The hurricane center says the storm made landfall on the eastern part of the Matagorda Peninsula and was soon downgraded to a tropical storm. It was about 30 miles south-southwest of Houston, Texas, with maximum winds of 70 mph. The storm could also cause life-threatening flash floods across the Deep South. Nicholas was the 14th named storm of the 2021 Atlantic hurricane season. The biggest unknown about Nicholas was how much rainfall it would produce in Texas, especially around flood-prone Houston.