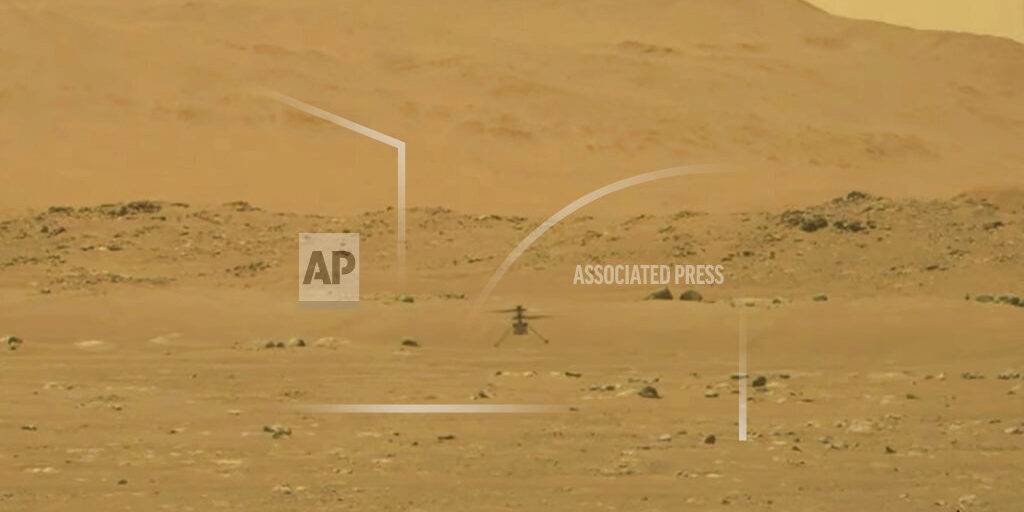 CAPE CANAVERAL, Fla. (AP) — NASA’s experimental Mars helicopter has taken flight. The little 4-pound helicopter named Ingenuity rose into the thin air above the dusty red surface of Mars on Monday, achieving the first powered flight by an aircraft on another planet. Ground controllers at NASA’s Jet Propulsion Laboratory in California were jubilant as they announced the flight, which reached 10 feet in height and lasted 39 seconds. It took more than three hours for confirmation to reach Earth via the Perseverance rover and a satellite around Mars, more than 170 million miles away. The helicopter arrived at Mars in February, clinging to the rover’s belly.