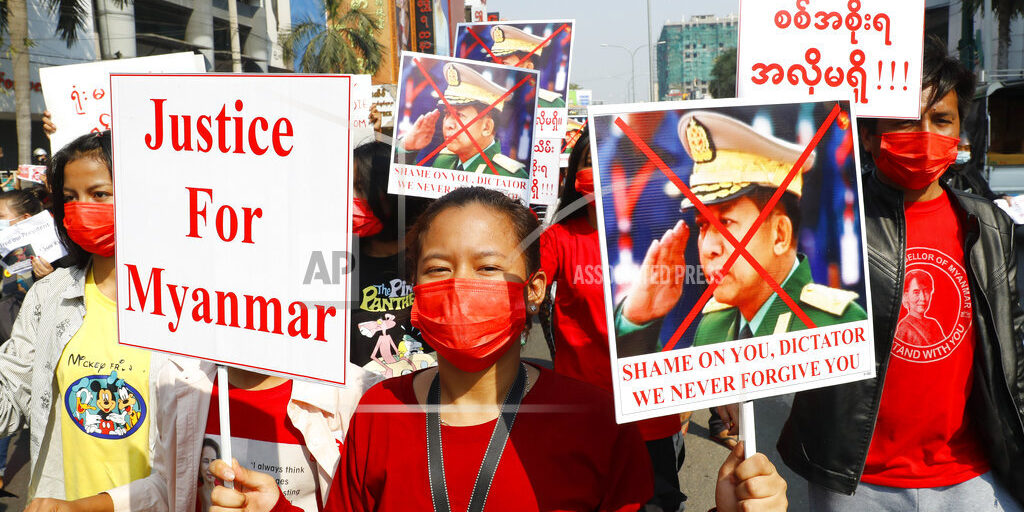 YANGON, Myanmar (AP) — Myanmar’s military government has imposed a curfew and bans on gatherings of more than five people in the country’s two biggest cities as protests against its coup show no sign of abating. The decrees covering Yangon and Mandalay were issued on a township-by-township basis, and those which have become public so far have the same restrictions. At least seven have been issued, and more are expected for other areas. Rallies and gatherings of more than five people are banned, and an 8 p.m. to 4 a.m. curfew is imposed. The measures are effective until further notice. The decrees say they were issued in response to people carrying out unlawful actions that harm the rule of law.