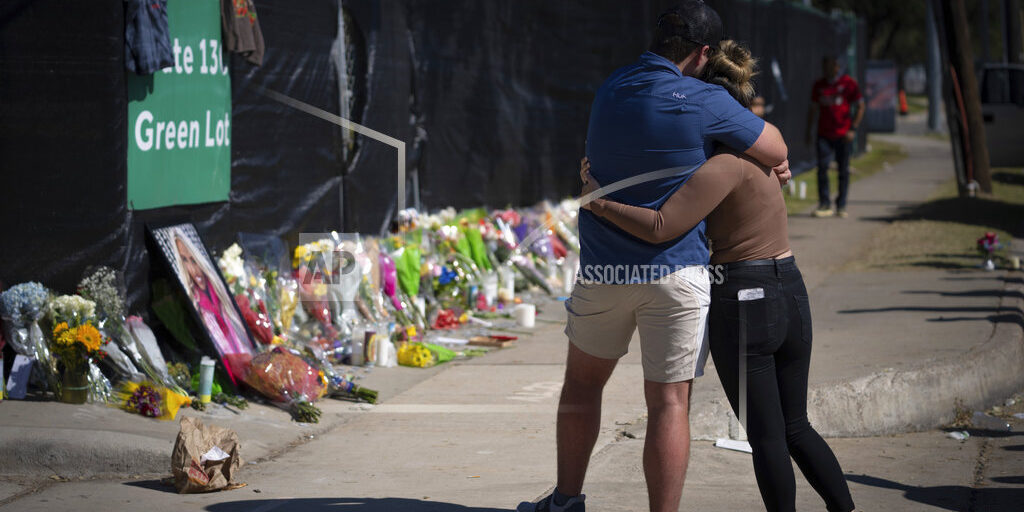 HOUSTON (AP) — Mourners began building a memorial to those lost at a Texas concert as authorities said they would watch video, interview witnesses and review concert protocols to determine how eight people died when fans suddenly surged toward the stage to watch rapper Travis Scott. Flowers and votive candles surrounded NRG Park in Houston Sunday as city officials said they were just starting to investigate how pandemonium started Friday evening at Astroworld, a sold-out, two-day event headlined by Scott. An estimated 50,000 people were in attendance. The dead ranged in age from 14 to 27, and 13 people were still hospitalized.