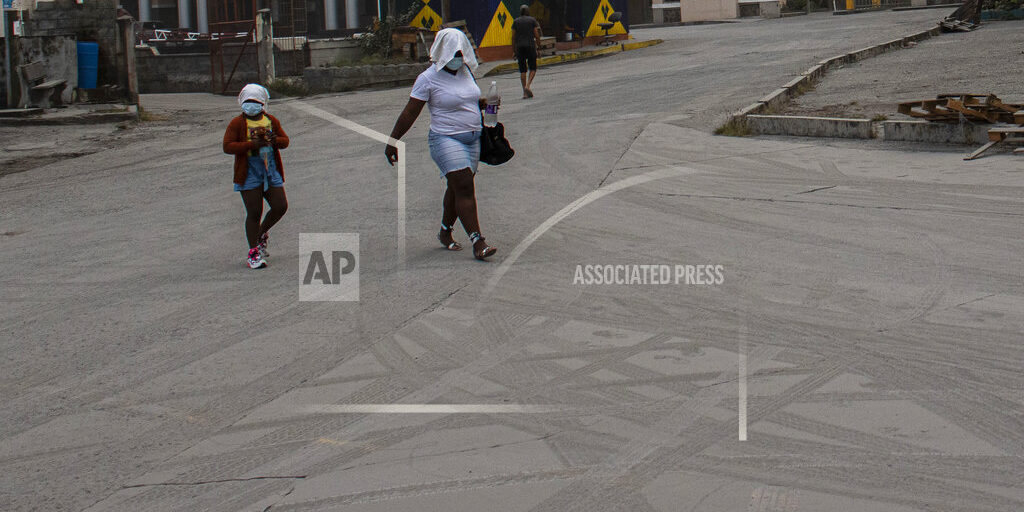 KINGSTOWN, St. Vincent (AP) — Conditions have worsened at a volcano on the eastern Caribbean island of St. Vincent as loud rumbling, lightning and heavy ashfall were observed and residents reported power cuts. The initial eruption Friday of La Soufrière forced many residents to evacuate their homes, though some remained in place. More rumbling was heard on Sunday in the capital of Kingstown, about 20 miles (32 kilometers) south. Scientists warn that the explosions could continue for days or even weeks. About 16,000 people have had to flee their ash-covered communities with as many belongings as they could stuff into suitcases and backpacks.

Supreme Court throws Abortion Fight into Center of Midterms
May 18, 2021

Joy for UK pubs and hugs tempered by rise in virus variant
May 17, 2021

2 Firefighters Injured when Wall of Burning Home Collapses
May 17, 2021

Officer Charged in Death of Daunte Wright to appear in Court
May 17, 2021

Protesters in major US Cities decry Airstrikes over Gaza
May 16, 2021