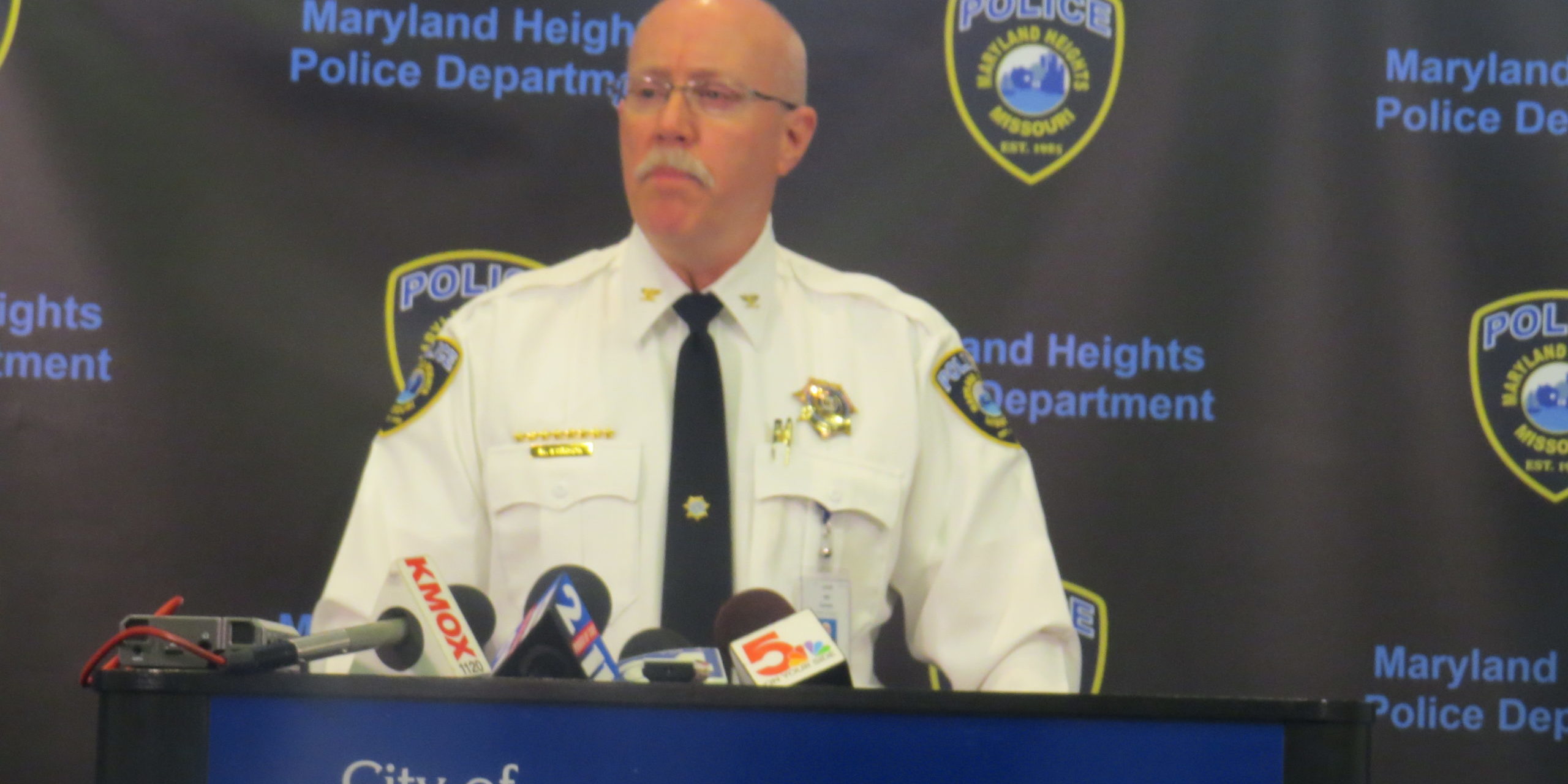 Maryland Heights, MO  (KTRS) It appears that a workplace dispute may have led to the fatal shooting at the Maryland Heights Community Center Monday night.

According to the investigation, the 30-year-old suspect, who worked for the city as a part-time janitor, became upset when he was sent home. That’s when he allegedly shot and killed an employee at the front desk, who has been identified as 45-year-old Maria Lucas of Olivette.

During a Tuesday morning news conference, Maryland Heights Police Chief Bill Carson, commends the actions of the officer who intervened, “He’s only been out of the police academy a little over a year. I believe he graduated 14 months ago, but he responded as an experienced veteran.”

Lucas had for the City of Maryland Heights for 7 years as a customer relations specialist and as a supervisor.

Carson said the suspect fired multiple rounds at the officer, who returned fire striking the suspect. He remains hospitalized in serious condition.

The suspect’s name is being withheld pending charges.

The community center is closed until further notice.