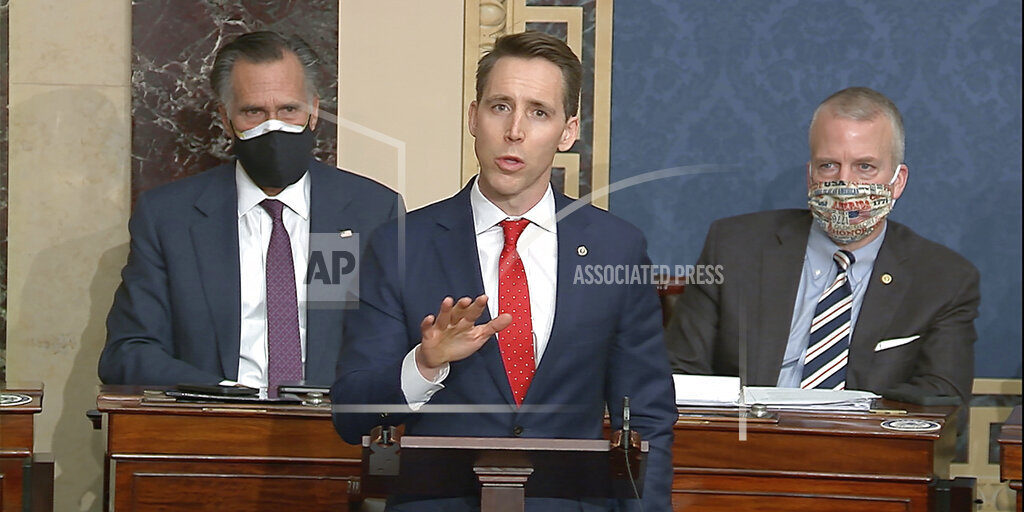 (AP) — Several more companies have suspended campaign contributions to Sen. Josh Hawley in the wake of last week’s attack at the U.S. Capitol, and a political action committee of Republicans opposed to President Donald Trump is pressuring remaining Missouri donors to abandon the GOP senator. Cerner Corp., Ameren Corp., Edward Jones and the law firm Bryan Cave Leighton Paisner have all decided to suspend campaign contributions, and all have previously donated to Hawley. The Republican senator was a leader of efforts to challenge the presidential 2020 election results and voted to question the Electoral College count, even after a mob of Trump’s supporters broke into the Capitol on Jan 6.