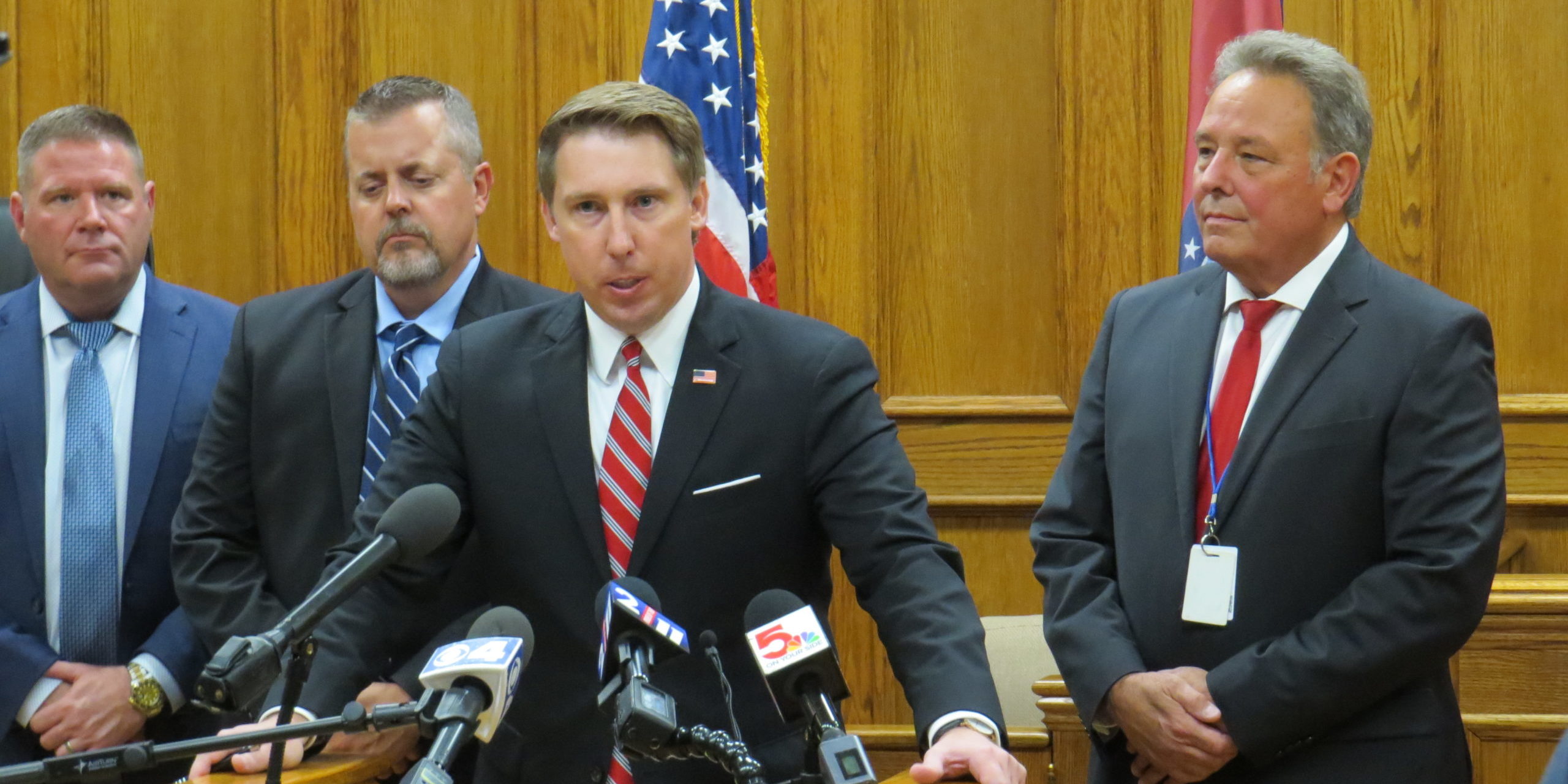 TROY, Mo. (KTRS) — First -degree murder charges have been filed against Pam Hupp in the 2011 murder of Betsy Faria in Lincoln County.

Lincoln County Prosecutor Michael Wood made that announcement during a Monday afternoon news conference. He said he would seek the death penalty against Hupp.

“I do not take lightly the decision to pursue the death penalty, but this case stand alone in its heinousness and its depravity, such as it shocks the conscious.” Wood added.

Wood also announced he is launching an investigation into possible prosecutorial misconduct in the case brought against Russ Faria, the victim’s husband.  He was convicted in his wife’s murder and spent three years in prison. Russ Faria was later acquitted after he was granted a new trial.

Wood said that investigation is expected to be wrapped up in December and could lead to criminal charges.

Hupp is already serving a life sentence for the murder of a mentally disabled man, Louis Gumpenberger at her O’Fallon home in 2016.  Prosecutors say that murder was part of a bizarre plot by Hupp to draw attention away from herself in the Faria case.

Hupp could be arraigned as early as Friday.