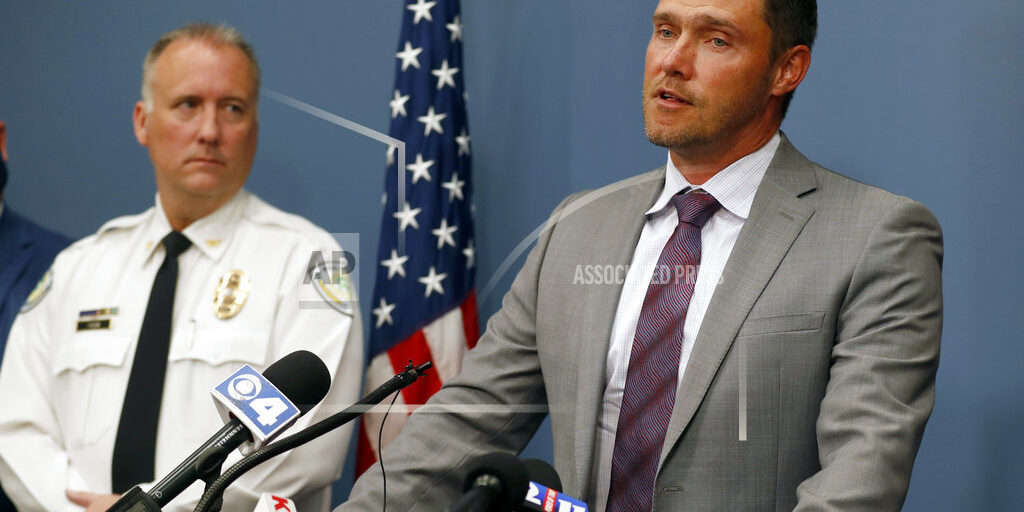 O’FALLON, Mo. (AP) — A white suburban St. Louis police detective who was captured on video apparently hitting a black suspect with a police SUV then kicking and punching him has been charged with two counts of assault and armed criminal action. Special Prosecutor Tim Lohmar announced the charges against Florissant Detective Joshua Smith on Wednesday. Smith was fired June 10, eight days after the violent arrest amid protests and unrest over the police killing of George Floyd in Minneapolis. Florissant is just north of Ferguson, where Michael Brown’s death at the hands of a white police officer in 2014 was a catalyst for the national Black Lives Matter movement.