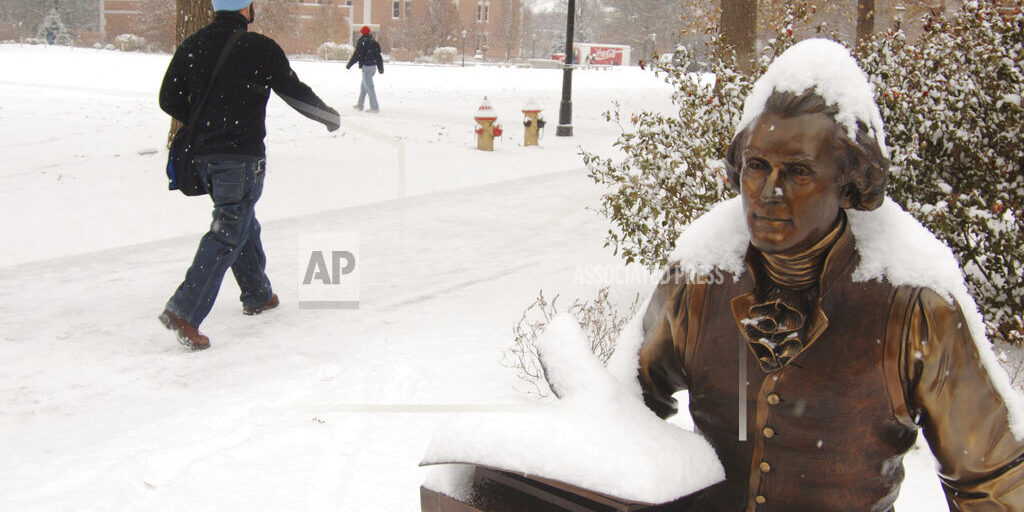 COLUMBIA, Mo. (AP) — The University of Missouri Board of Curators has rejected a proposal to add contextual information to a statue of Thomas Jefferson on the Columbia campus. The curators voted 7-1 Thursday to disregard a task force recommendations that came after Black students and organizations pushed to have the statue removed because Jefferson owned slaves. Board members who voted against adding a 300-word sign near the statue said it was not a good way to clearly explain Jefferson’s life. The curators also rejected a proposal to add a Legacy Walk to acknowledge the role Blacks had in building the university.