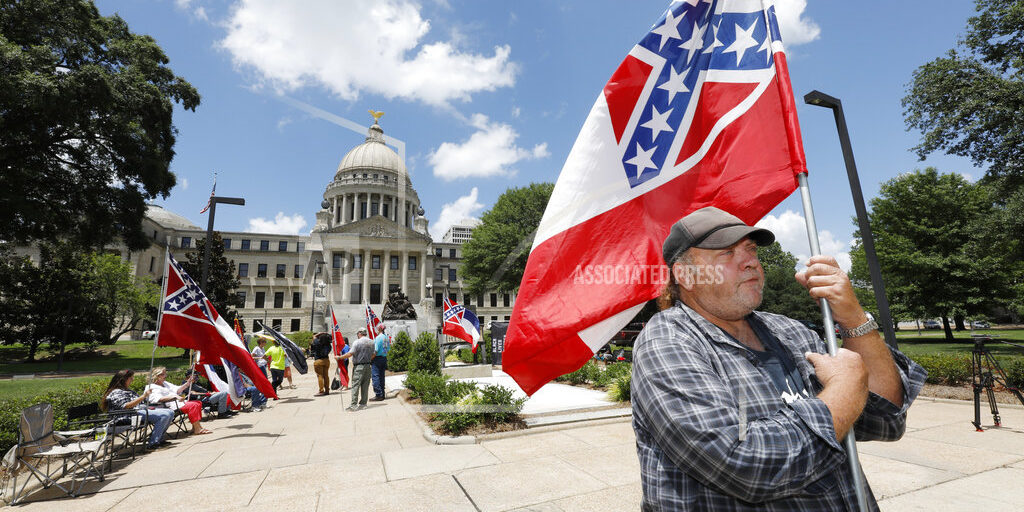 Jackson, MS (AP) — Mississippi will retire the last state flag in the U.S. that includes the Confederate battle emblem. Spectators cheered in the state Capitol on Sunday after legislators passed a bill. It requires that a new flag be designed without the emblem that many condemn as racist. The change comes amid widespread protests over racial injustice. Mississippi has a 38% Black population. Republican Gov. Tate Reeves is expected to sign the bill soon. It says the new flag must have the words, “In God We Trust.” Voters will be asked to approve the new flag in the Nov. 3 election.