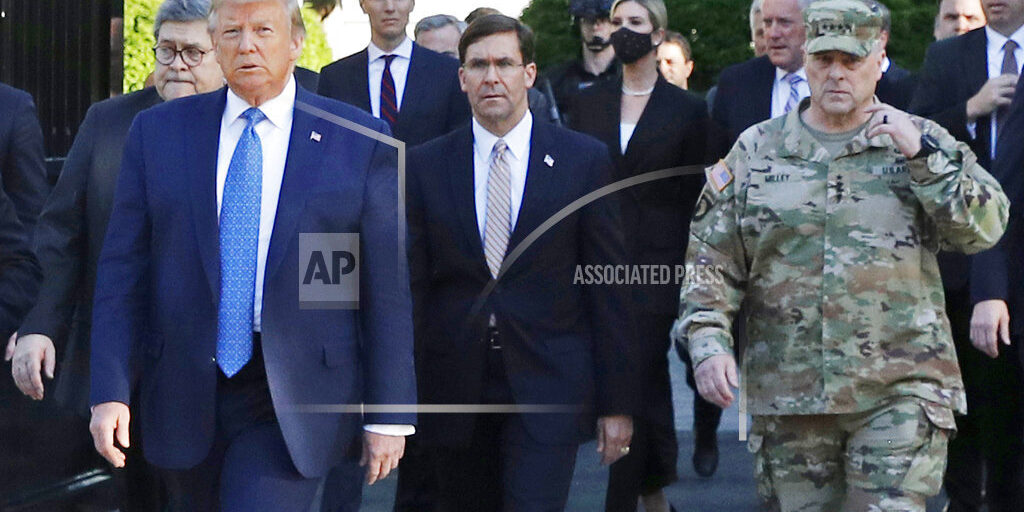 WASHINGTON (AP) — The nation’s top military officer says it was a mistake for him to cross Lafayette Square with President Donald Trump last week after the park was forcefully cleared of protesters. Army Gen. Mark Milley, chairman of the Joint Chiefs of Staff, says his presence “created a perception of the military involved in domestic politics.” He called it “a mistake” that he has learned from. Milley and Defense Secretary Mark Esper walked from the White House with Trump and others, and the president posed for photographers holding up a Bible in front of St. John’s Episcopal Church. “I should not have been there,” Milley told a National Defense University commencement ceremony Thursday.