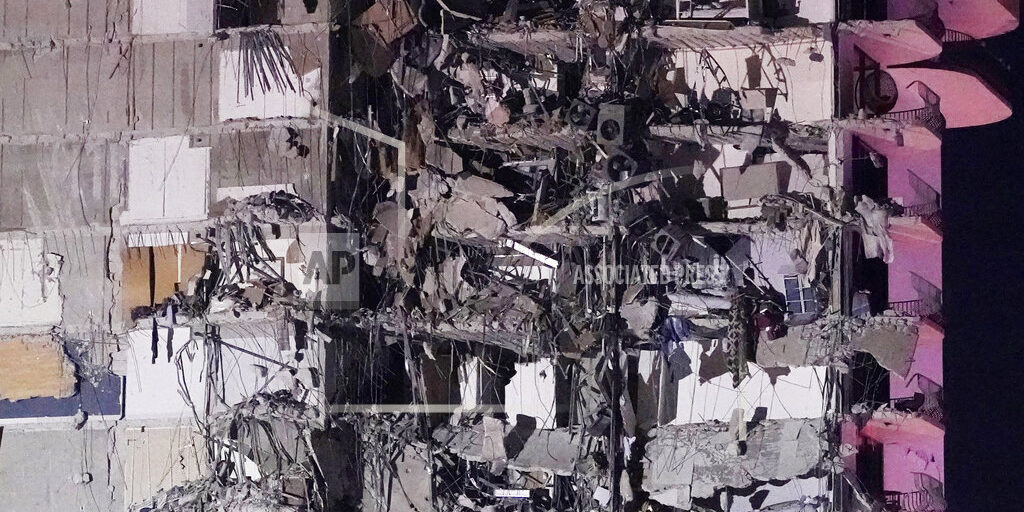 SURFSIDE, Fla. (AP) — The sea-view side of a beachfront condo tower collapsed in the Miami-area town of Surfside early Thursday, drawing a massing response from emergency services. Scores of fire and rescue vehicles, ambulances and police cars converged on the site. Miami Dade Fire Rescue were conducting search and rescue operations, and said in a tweet that more than 80 units were “on scene with assistance from municipal fire departments.” Authorities had no word yet on casualties or details of how many people lived in the building. Officials haven’t yet said what may have caused the collapse near 88th Street and Collins Avenue. Photos and video from the scene show the collapse affected half the tower. Piles of rubble and debris surrounded the area just outside the building.