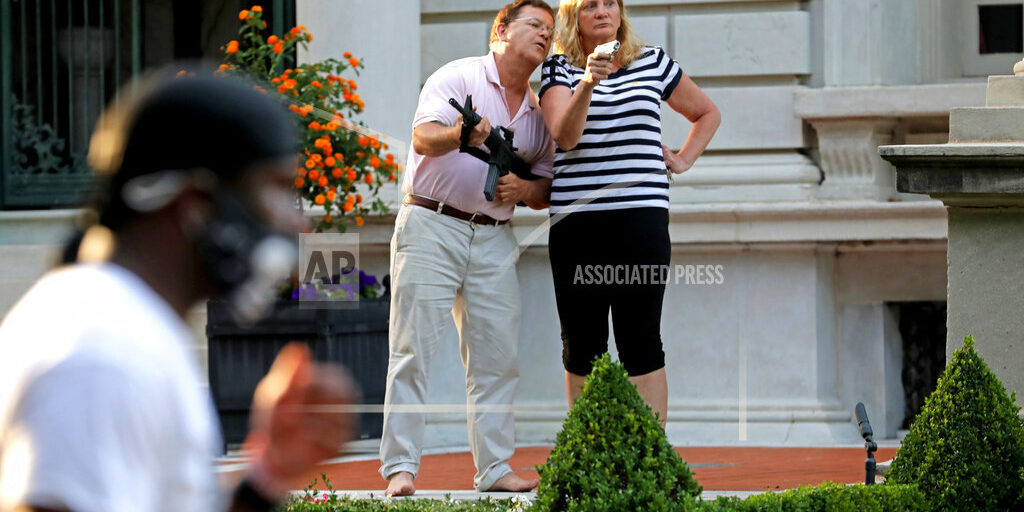 ST. LOUIS (AP) — A St. Louis couple who waved guns at demonstrators outside their home are seeking to keep their law licenses by arguing they were protecting their property from a violent mob. Mark and Patricia McCloskey made that argument in their response to a complaint seeking to have their law licenses suspended. They contend some of the protesters marching past their home in June 2020 shouted death, rape and arson threats at them. Special prosecutor Richard Callahan has said his investigation determined the protesters were peaceful. The couple pleaded guilty to misdemeanors but were later pardoned by Gov. Mike Parson. The state’s chief disciplinary counsel has recommended the Missouri Supreme Court indefinitely suspend the McCloskeys’ law licenses.