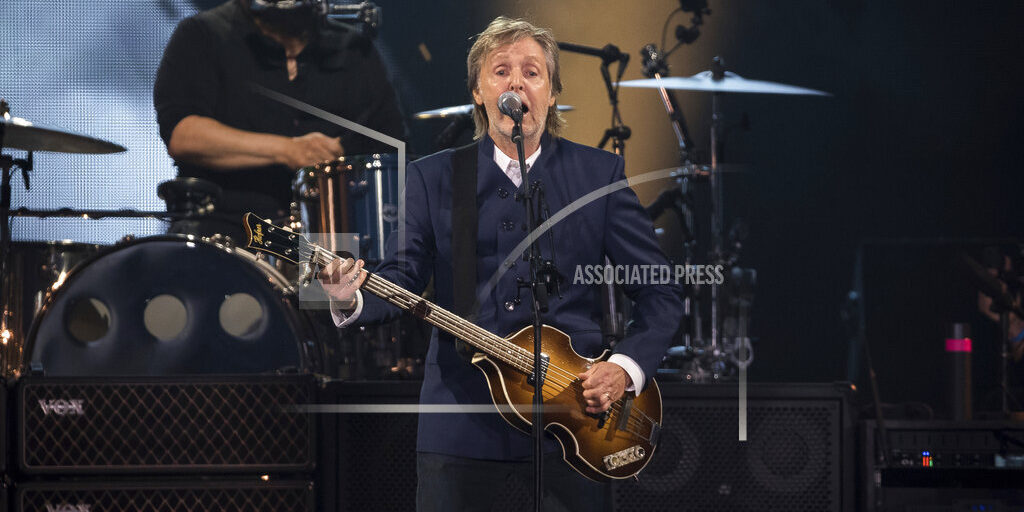 EAST RUTHERFORD, N.J. (AP) — How better to celebrate an 80th birthday than by singing about “Glory Days” onstage with Bruce Springsteen, and being serenaded by some 60,000 well-wishers? That was Paul McCartney’s idea of a good time. Yes, the cute Beatle’ turns 80 this weekend, and he’ll likely be resting after wrapping up a short American tour Thursday night at MetLife Stadium in New Jersey. A Jersey rock royal, Jon Bon Jovi, stopped by to deliver a fistful of balloons and lead the audience in a verse of “Happy Birthday.” McCartney offered 28 songs in a nearly three-hour nonstop set.