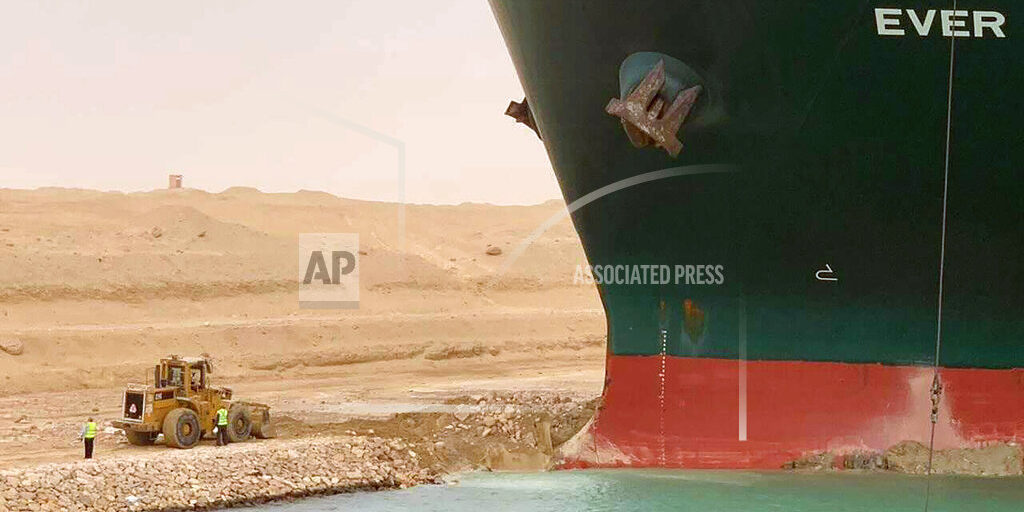 DUBAI, United Arab Emirates (AP) — A massive cargo ship has turned sideways in Egypt’s Suez Canal, blocking traffic in a crucial East-West waterway for global shipping. Traffic on the narrow waterway dividing continental Africa from the Sinai Peninsula stopped Tuesday after the MV Ever Given got stuck. It wasn’t immediately clear what caused the Ever Given to turn sideways, though authorities said winds were high in the area. None of its containers had sunk and no sailors were reportedly injured in the incident. Around 10% of the world’s trade flows through the waterway. An Egyptian official warned Wednesday it could take at least two days to clear the ship.