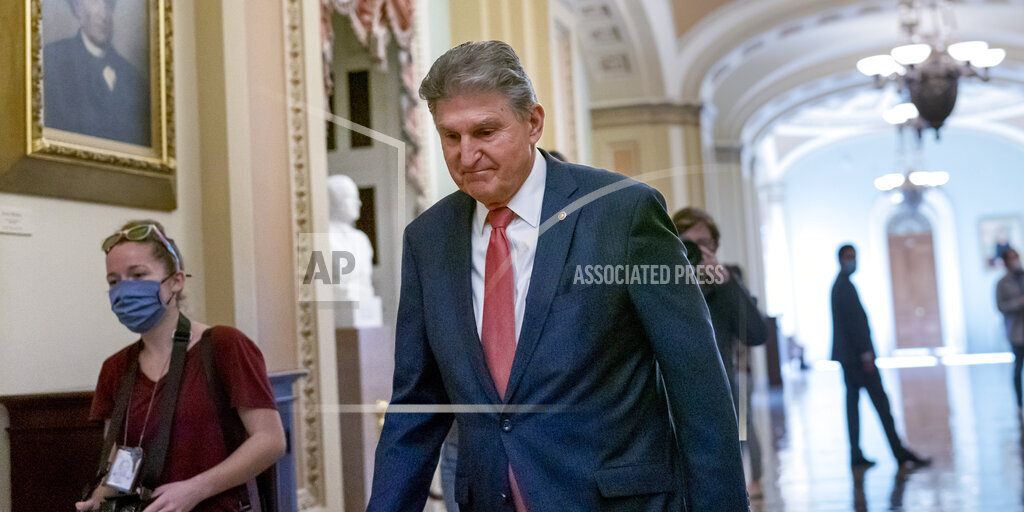 WASHINGTON (AP) — Sen. Joe Manchin has all but delivered a death blow to President Joe Biden’s $2 trillion domestic initiative. Saying he can’t support the package, the West Virginia Democrat has single-handedly thrown his party’s agenda into jeopardy. Furious colleagues are desperate to salvage what’s left of a top priority. Next steps are highly uncertain. Congress has recessed for the holidays but some lawmakers are demanding a vote, though that seems unlikely. Others are at work on changes to win Manchin’s support. Manchin said on “Fox News Sunday” that after months of negotiations, “I cannot vote to continue with this piece of legislation.”