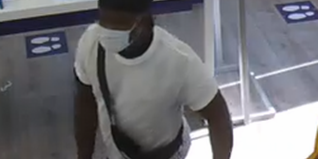 St. Louis, MO (KTRS) The man wanted in connection with a number of area armed-robberies, including those at two wireless stores on South Grand, is being indicted by a federal grand jury as a part of Operation Legend.

According to the U.S. Attorney’s office, 35-year-old Louquincy Carr is facing 4 counts of armed robbery and other charges.

The criminal complaint says that back in July, Carr robbed the Metro by T-mobile store on South Grand at gunpoint. Court documents say he robbed the same store again last month, along with the Boost Mobile Store and the Wingstop Restaurant, also on South Grand.

Carr was arrested on September 10th. A subsequent search of Carr’s residences uncovered a handgun believed to have been used in the robberies.