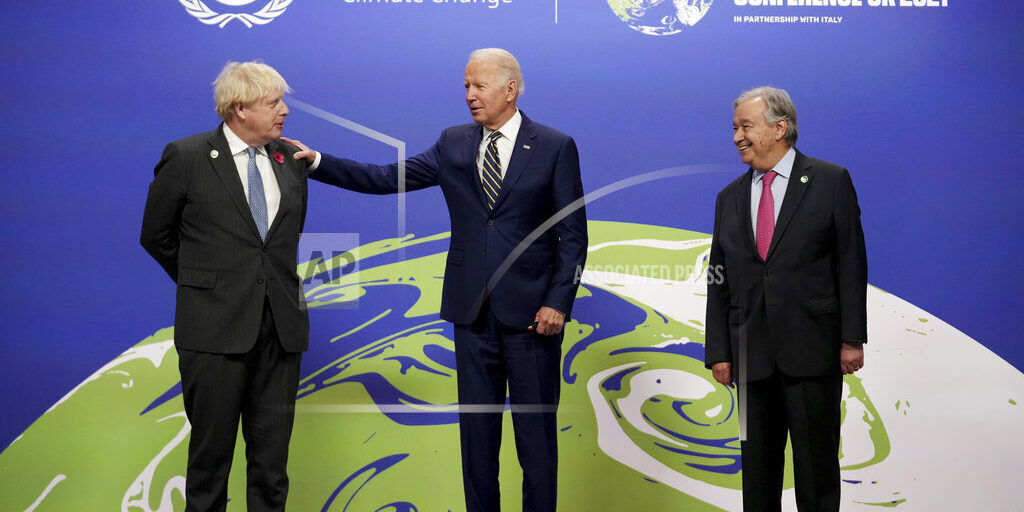 GLASGOW, Scotland (AP) — World leaders are turning up the heat and resorting to end-of-the-world rhetoric in an attempt to bring new urgency to sputtering international climate negotiations. The metaphors were dramatic and mixed at the start of the talks known as COP26 on Monday. For British Prime Minister Boris Johnson, global warming was “a doomsday device” strapped to humanity. United Nations Secretary-General António Guterres said people are “digging our own graves.” They spoke at the opening of the world leaders’ summit portion of the U.N. climate conference. The conference is aimed at getting governments to commit to curbing carbon emissions fast enough to keep global warming to 1.5 degrees Celsius above pre-industrial levels.