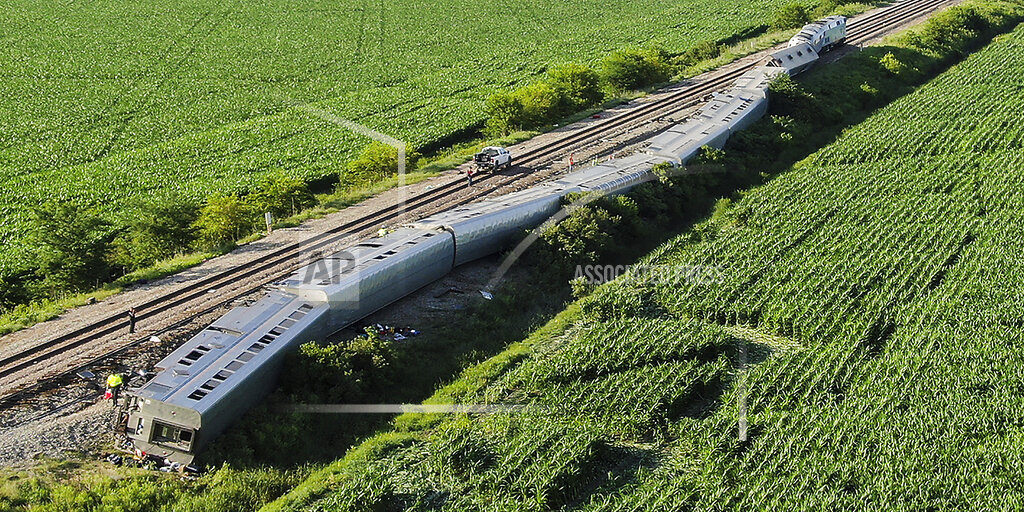 KANSAS CITY, Mo. (AP) — The first lawsuits have been filed only days after an Amtrak train collision and derailment in rural Missouri that left four people dead and injured up to 150 others. The Kansas City Star reports that Amtrak and BNSF Railway Co. filed a federal lawsuit Thursday against the concrete contracting company that owns the dump truck hit Monday by the passenger train. That lawsuit blames MS Contracting, of Brookfield, Missouri, for the crash, saying the train was “clearly visible.” The truck driver, 54-year-old Billy Barton II, died in the collision, along with three passengers on the train that was traveling from Los Angeles to Chicago. Also Thursday, Barton’s widow filed a wrongful-death lawsuit in state court against Chariton County and a BNSF official.