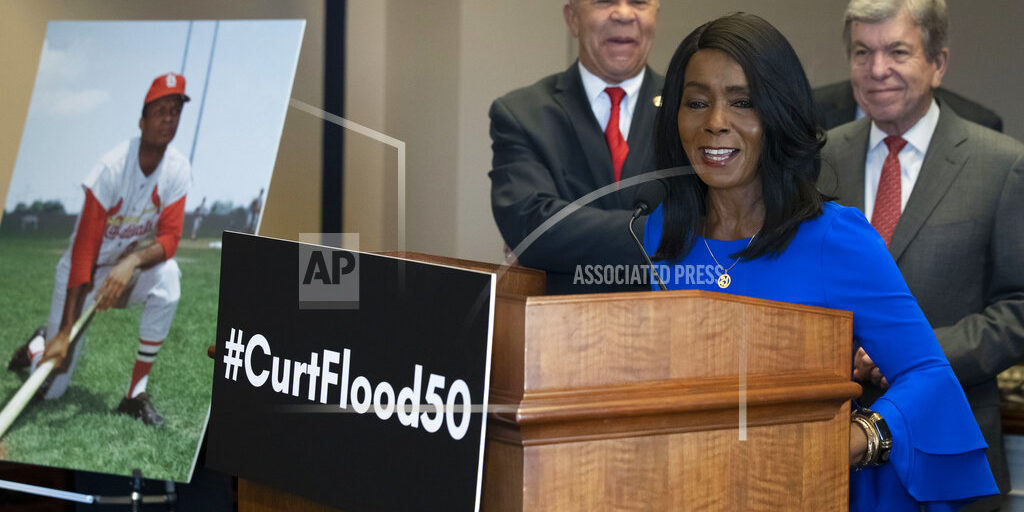 Washington D.C. (AP) — Members of Congress are asking baseball’s Hall of Fame to elect Curt Flood. Flood sacrificed his career to advocate for free agency. The star center fielder refused a trade in 1969 and filed a lawsuit challenging baseball’s reserve clause, which kept players under team control. He played only 13 games in the majors after refusing the trade. Although the Supreme Court ruled against Flood, the reserve clause was struck down by an arbitrator in 1975. Congressman David Trone of Maryland sent a letter to the Hall signed by 102 members advocating for Flood.