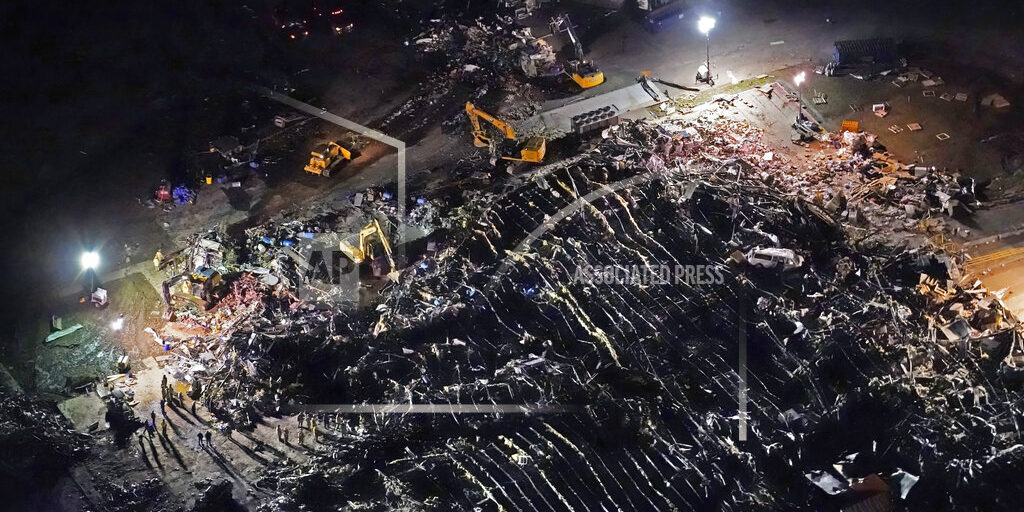 MAYFIELD, Ky. (AP) — Kentucky’s governor says tornadoes may have killed 70 people in the state and the death toll may exceed 100. Gov. Andy Beshear said Saturday that a twister had touched down for more than 200 miles in the state. Severe storms moved through the area Friday night and caused catastrophic damage across multiple states. The storms hit a candle factory in Kentucky, an Amazon facility in Illinois and a nursing home in Arkansas. Officials had confirmed 36 deaths. Kentucky State Police Trooper Sarah Burgess said rescue crews were using heavy equipment to move rubble at the candle factory