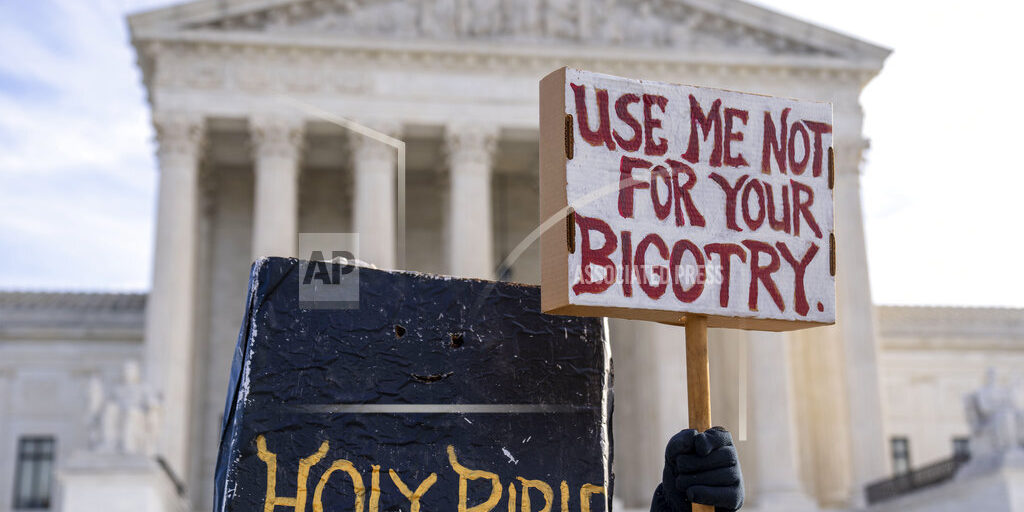 WASHINGTON (AP) — Liberal and conservative Supreme Court justices are raising sharply conflicting questions in the latest clash of religion and gay rights to reach the high court. The lawyer for a Colorado woman who objects to designing wedding websites for gay couples told the court Monday that the law shouldn’t make her. Two justices retorted that if she is allowed to discriminate in this way, what next for someone who says his religion forbids him to serve blacks, or Muslims or anyone else. Conservative justices questioned whether such comparisons were fair.