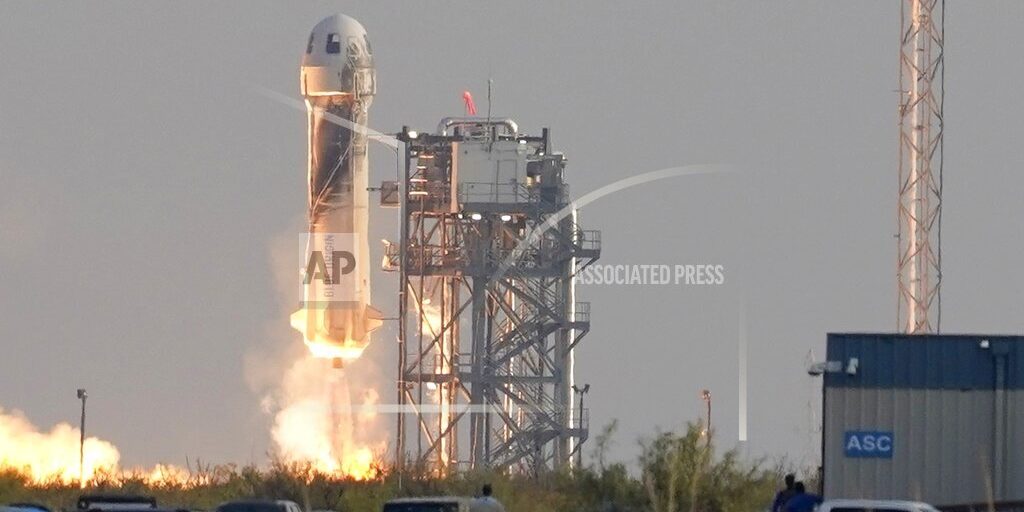 VAN HORN, Texas (AP) — Jeff Bezos has made it into space, riding his own company’s rocket. It was Blue Origin’s first flight with people on board after 15 test flights. The Amazon founder blasted into space Tuesday with a hand-picked group that included his younger brother, an 18-year-old from the Netherlands and an 82-year-old aviation pioneer from Texas. They’re the youngest and oldest to ever hurtle off the planet. Their capsule landed 10 minutes later on the desert floor in West Texas. Named after America’s first astronaut, the New Shepard rocket soared on the 52nd anniversary of the Apollo 11 moon landing.