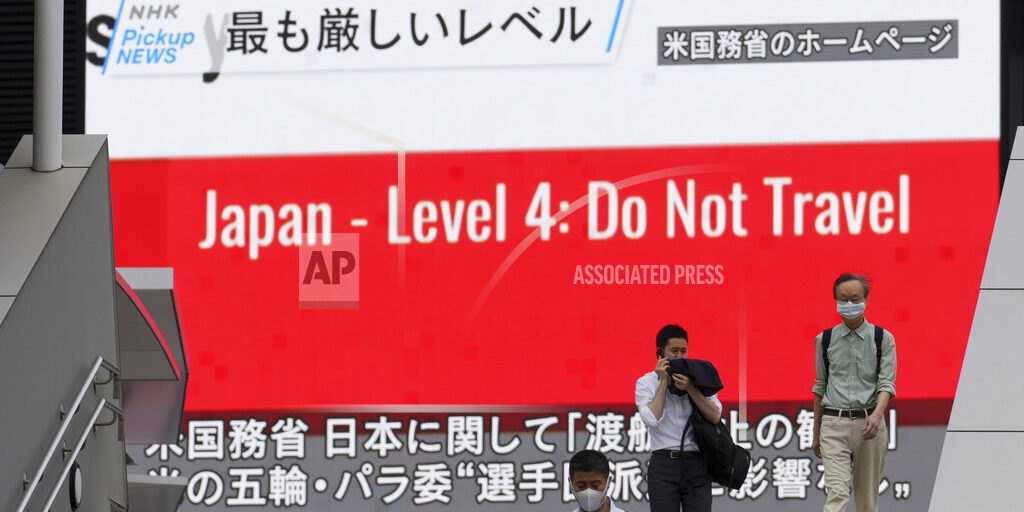 TOKYO (AP) — Tokyo is denying that a U.S. warning for Americans to avoid traveling to Japan will have an impact on Olympians. Japan is determined to hold the Tokyo Games that start July 23. The U.S. cited a surge in coronavirus cases in Japan caused by virus variants that may even pose a risk to vaccinated people. The U.S. isn’t banning Americans from visiting Japan, but the warnings could affect insurance rates and whether people decide to join the games. Japan’s top government spokesman said Japan believes Washington supports Tokyo’s effort to hold the Olympics. The games were delayed a year by the pandemic and will already be held without overseas spectators.