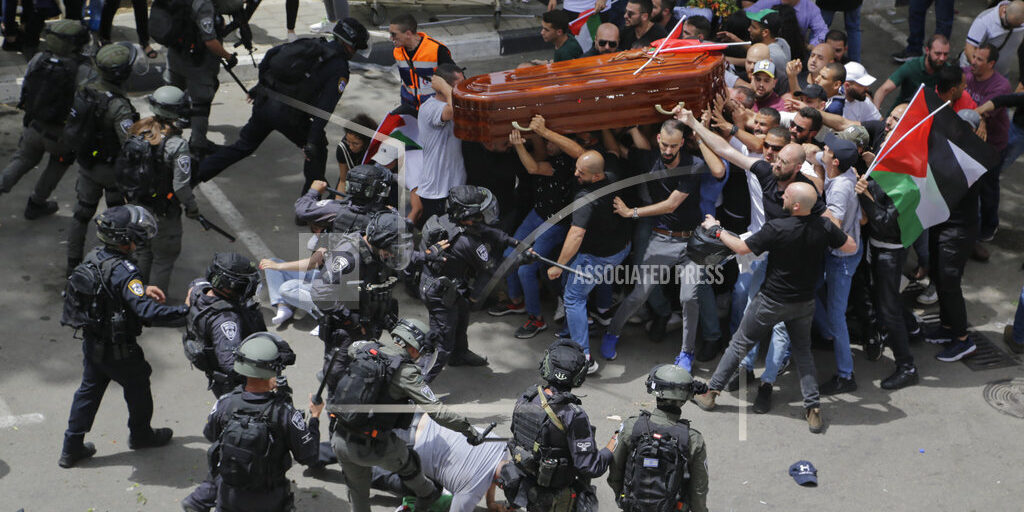 JERUSALEM (AP) — Israeli police pushed and beat pallbearers during the funeral for slain Al Jazeera journalist Shireen Abu Akleh, causing them to briefly drop the casket. The shocking scenes illustrated the outpouring of grief across the Arab world that has followed her death. It also illustrated the deep emotions over east Jerusalem,- which is claimed by both Israel and the Palestinians and has sparked repeated violence. Abu Akleh was killed Wednesday during an Israeli military raid in the occupied West Bank. Witnesses say she was killed by army fire. Israel says there was an exchange of fire with Palestinian gunmen, and it is not clear who fired the deadly shot.