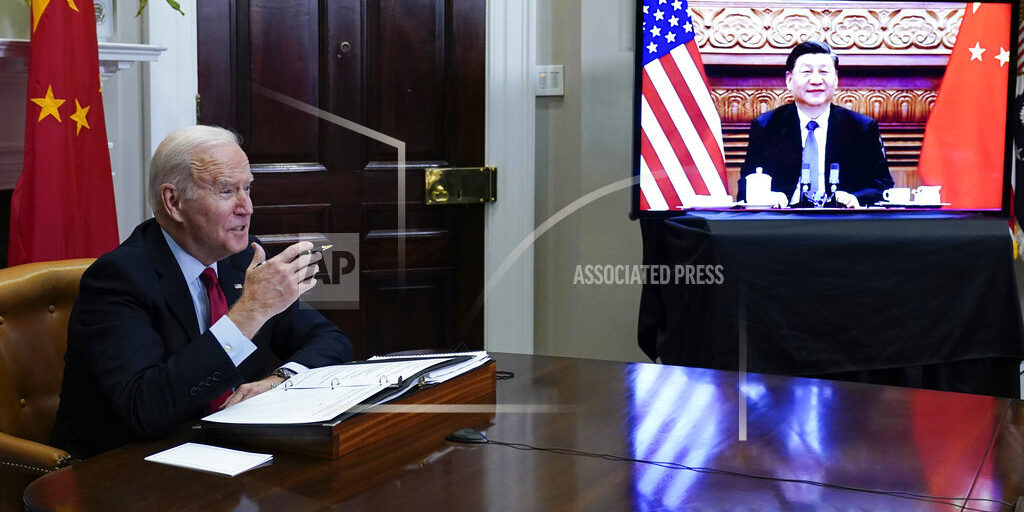 WASHINGTON (AP) — President Joe Biden and China’s Xi Jinping spoke Friday for nearly two hours via a video call as the White House looks to deter Beijing from providing military or economic assistance for Russia’s invasion of Ukraine. China’s Foreign Ministry was the first to issue a readout of the conversation, deploring “conflict and confrontation” as “not in anyone’s interest,” without assigning any blame to Russia. Chinese Foreign Ministry spokesperson Hua Chunying in a Twitter message called the U.S. position “overbearing.”