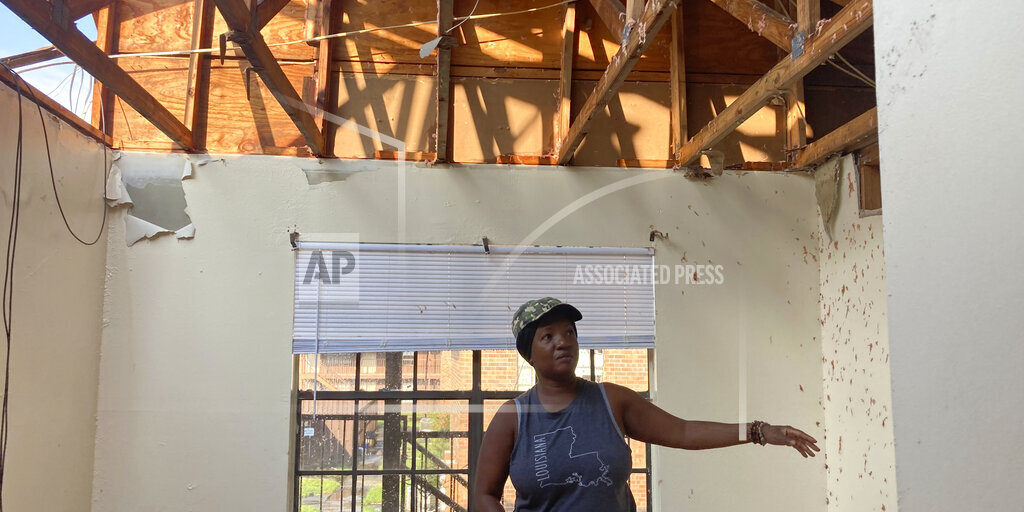 HOUMA, La. (AP) — When Hurricane Ida swept ashore, the town of Houma was the first major population center in its path. Power isn’t expected to be restored until the end of the month. One apartment complex called Chateau Creole suffered heavy damage, and residents have to move out. But at a time when housing across the region has been severely damaged, many aren’t sure where they’ll go. Allison Smith had found a storage unit about a two hours drive away and was packing up her belongings. The ceiling in one of her bedrooms had collapsed on her during the storm and wet pink insulation now covered the floor. She says she’s “mentally drained.”