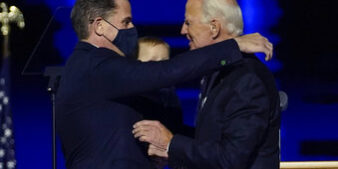 WASHINGTON (AP) — President-elect Joe Biden’s son Hunter says he is facing a federal investigation into his taxes. The disclosure on Wednesday puts a renewed spotlight on the questions about his financial dealings that dogged his father’s campaign. A person familiar with the investigation says federal investigators served a round of subpoenas on Tuesday, including to Hunter Biden. The person says the tax investigation centers on his business dealings. Another person familiar with the matter says the Justice Department’s investigation, centering on potential tax fraud crimes, had been going on at least a year before President-elect Biden announced his candidacy.