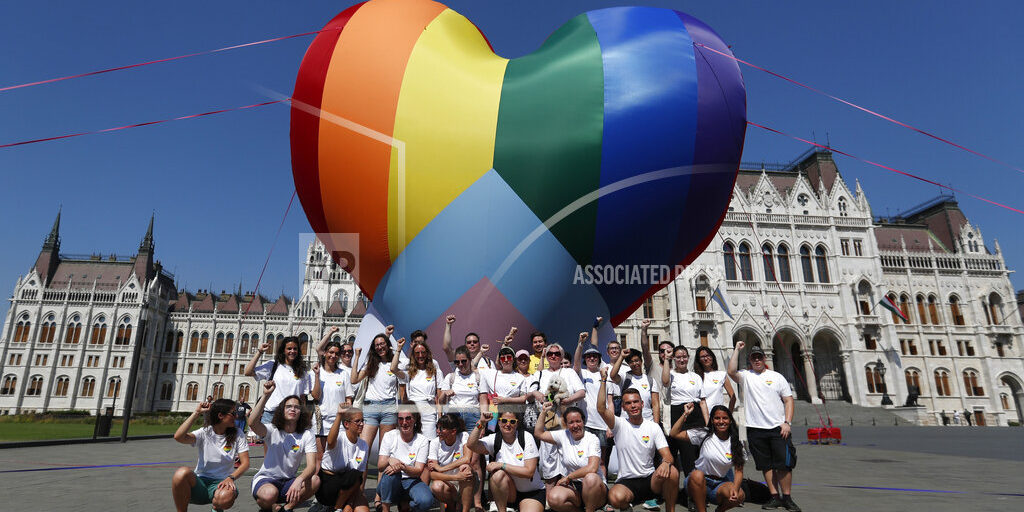 BUDAPEST, Hungary (AP) — Activists in Hungary have erected a large rainbow-colored heart opposite the country’s neo-Gothic parliament, vowing to wage a civil disobedience campaign against a new law that they say discriminates against LGBT people and that has raised questions about what values the European Union stands for. The law came into effect Thursday and prohibits the display of content depicting homosexuality or sex reassignment to minors. But critics say its goal is to marginalize and stigmatize the LGBT community as the country marches steadily to the right under Prime Minister Viktor Orban. The law has drawn intense opposition in Hungary and from the EU. Orban characterized the controversy as a “debate about who decides how we will raise our children.”