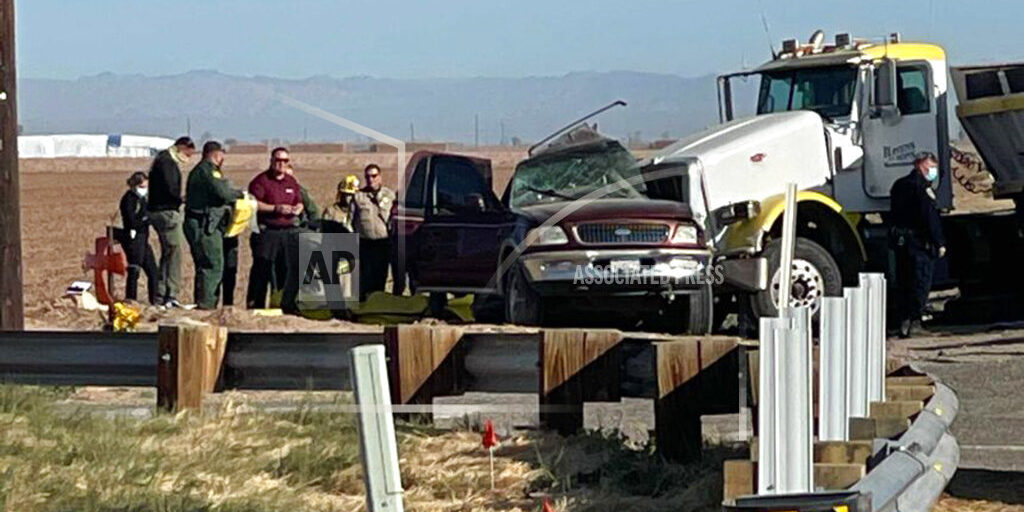 El CENTRO, Calif. (AP) — Hospital officials say an SUV believed to be carrying 27 people has crashed into a semitruck on a Southern California highway, killing 15 people. The director of El Centro Regional Medical Center’s emergency department said 14 people died at the scene Tuesday and another died after arriving at the hospital. Officials believe there were 27 passengers in an SUV that struck a tractor-trailer full of gravel near the U.S.-Mexico border. Multiple patients have been flown or sent to hospitals for their injuries. It wasn’t immediately clear what caused the crash in the agricultural southeastern corner of California about 100 miles east of San Diego.