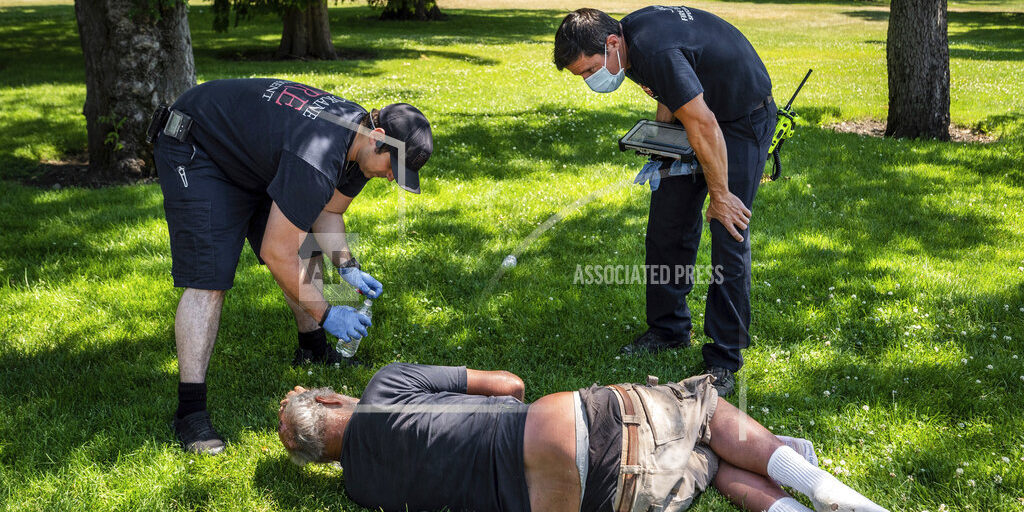 SALEM, Ore. (AP) — Hundreds of deaths in Canada, Oregon and Washington may have been caused by the historic heat wave that baked the Pacific Northwest and shattered all-time temperature records in usually temperate cities. Oregon health officials said late Wednesday more than 60 deaths have been tied to the heat, with the state’s largest county, Multnomah, blaming the weather for 45 deaths since the heat wave began Friday. British Columbia’s chief coroner said her office received reports of at least 486 “sudden and unexpected deaths” between Friday and 1 p.m. Wednesday. Normally, she said about 165 people would die in the province over a five-day period.