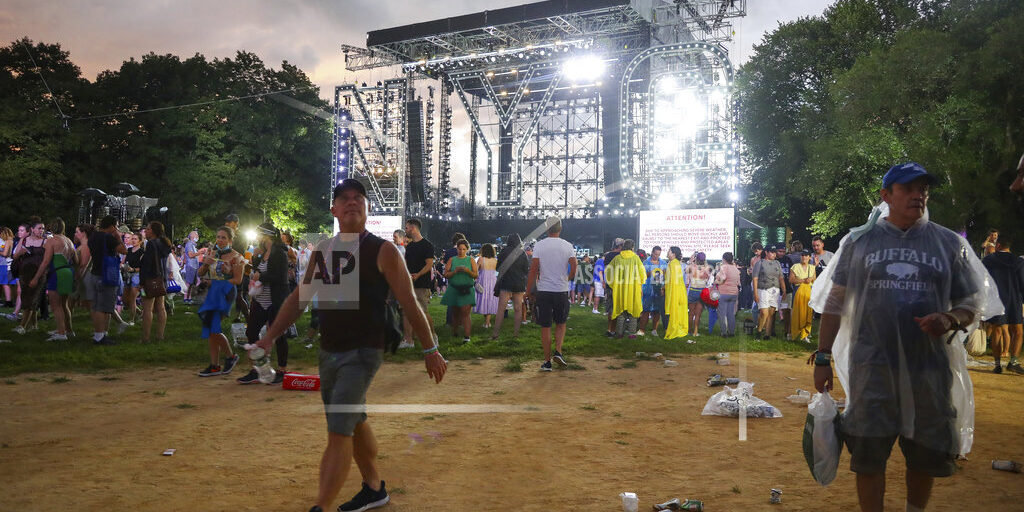 NEW YORK (AP) — A superstar-laden Central Park concert meant to celebrate New York City’s recovery from the coronavirus was cut short because of severe weather as Hurricane Henri approached. New York City police on Saturday night told concertgoers via Twitter to “calmly move to the nearest exits and proceed to areas outside of the park. This is NOT an emergency.” After some confusion over whether the concert might resume, Mayor Bill de Blasio tweeted that the concert had to end early to protect people’s safety. The highly promoted “Homecoming Concert” featured Bruce Springsteen, Paul Simon, Jennifer Hudson, Carlos Santana, LL Cool J and Andrea Bocelli among the performers.