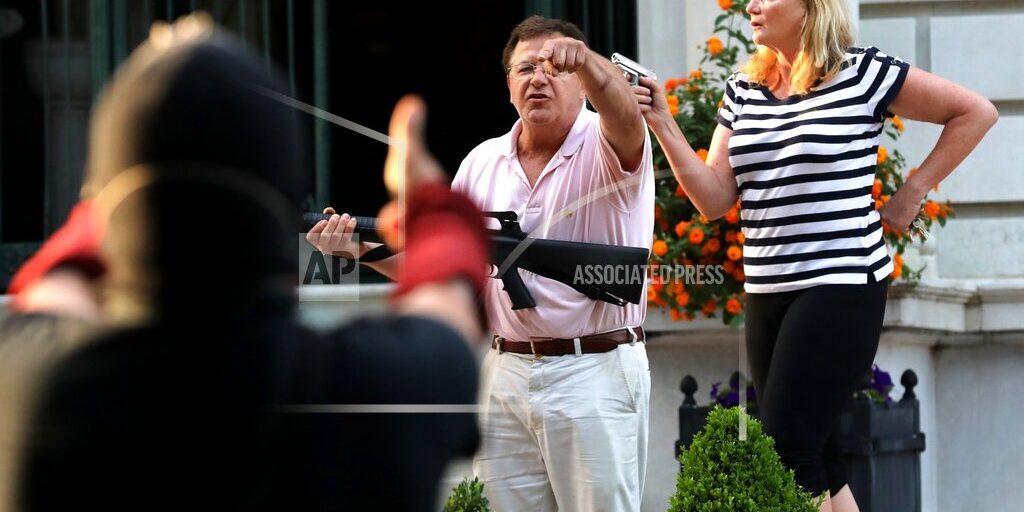 A special prosecutor has amended the charges against a St. Louis woman who waved a gun at racial injustice protesters last summer, and he’ll decide soon if he’ll amend charges against her husband. Mark and Patricia McCloskey were indicted by a grand jury in October on felony charges of unlawful use of a weapon and evidence tampering. Special Prosecutor Richard Callahan said Tuesday that he filed a new indictment giving jurors the alternative of convicting Patricia McCloskey of misdemeanor harassment instead of the weapons charge. Under that alternative charge, the evidence tampering count would be dropped.