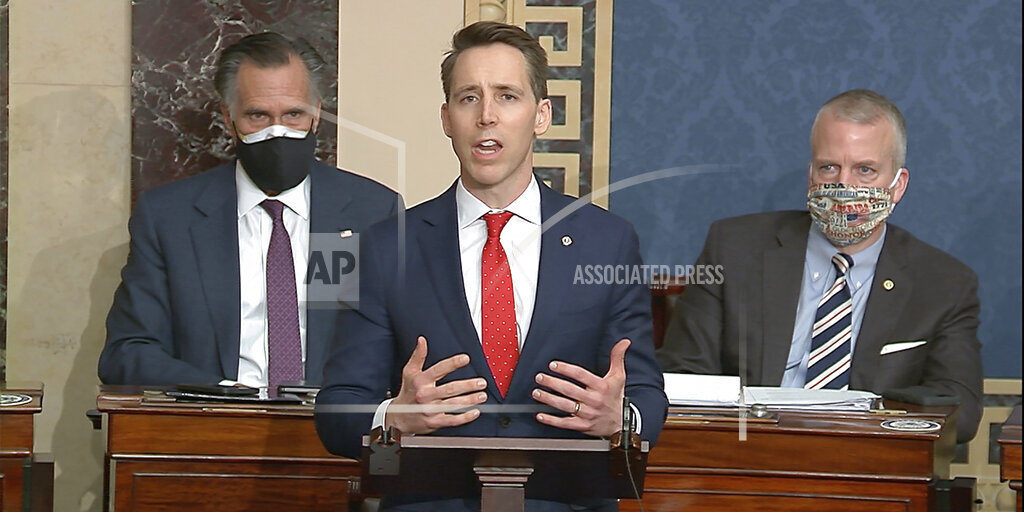 (AP) — Missouri Sen. Josh Hawley is being scolded and blamed for Wednesday’s riots at the U.S. Capitol. Hawley’s political mentor, former Sen. John Danforth, says supporting him was the “worst decision” he’s ever made. The 41-year-old first-term senator has rapidly emerged as one of President Donald Trump’s most loyal backers in Congress, and he staged an Electoral College challenge that became the focus of a violent siege of the Capitol. At least one major donor has turned on Hawley, now calling him a “political opportunist” and urging the Senate to censure him. And one home-state newspaper editorial board declared he has “blood on his hands.”