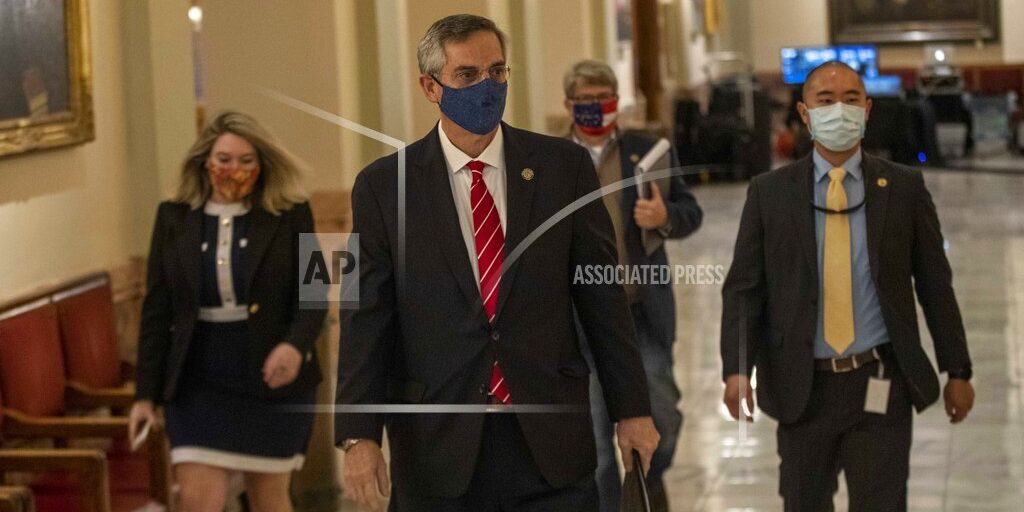 ATLANTA (AP) — Republican officials in Georgia are floating additional requirements for the state’s vote-by-mail process — despite no evidence of systemic fraud. The push also comes after scathing criticism from President Donald Trump about how officials handled the November election. A record number of absentee ballots helped deliver a narrow presidential victory for Democrat Joe Biden in the state. Both Gov. Brian Kemp and Secretary of State Brad Raffensperger have expressed support for requiring a photo ID for absentee voting. The idea is also backed by several members of the state legislature. Some Democrats and voting rights activists are pushing back, saying it’s a targeted effort to make it harder to vote.