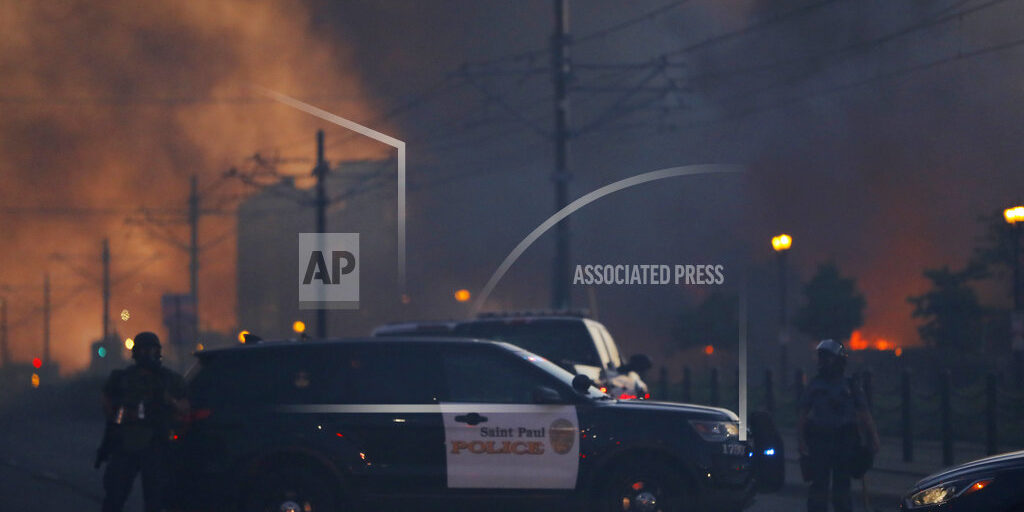 Minneapolis, MN (AP) — Protesters angered by the death of a black man in police custody gained access to a Minneapolis police precinct Thursday and began setting fires. It was the third night of violent protests following the death of George Floyd in a confrontation with officers outside a grocery store. Police said they abandoned the precinct for the safety of officers before protesters entered. The carnage came hours after Gov. Tim Walz activated the National Guard at the Minneapolis mayor’s request, and as protests and looting spread into neighboring St. Paul. In footage recorded by a bystander, Floyd can be seen pleading that he can’t breathe as a police officer kneels on his neck. As minutes pass, Floyd slowly stops talking and moving.