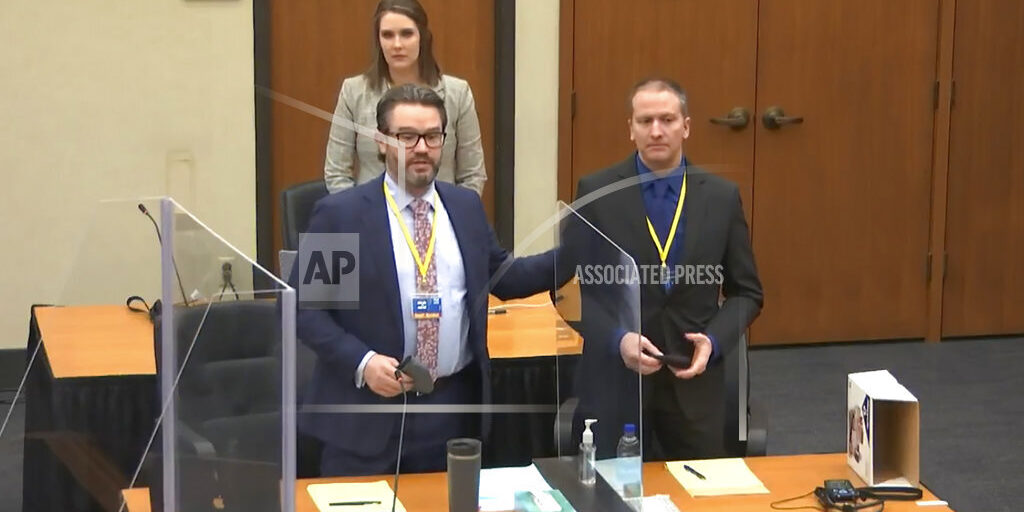 MINNEAPOLIS (AP) — The former Minneapolis police officer charged with killing George Floyd went on trial Monday, with a prosecutor telling the jury that Floyd was under Derek Chauvin’s knee for 9 minutes and 29 seconds before going limp. Prosecutor Jerry Blackwell told jurors that Chauvin “didn’t let up, he didn’t get up” even after Floyd said 27 times that he couldn’t breathe and went motionless. He said Chauvin also pointed Mace at a first responder who wanted to help Floyd. Widely seen bystander video of the encouter sparked waves of outrage across the U.S. and beyond. Prosecutors were playing the video to the jury early on to remind them what is at the heart of their case.