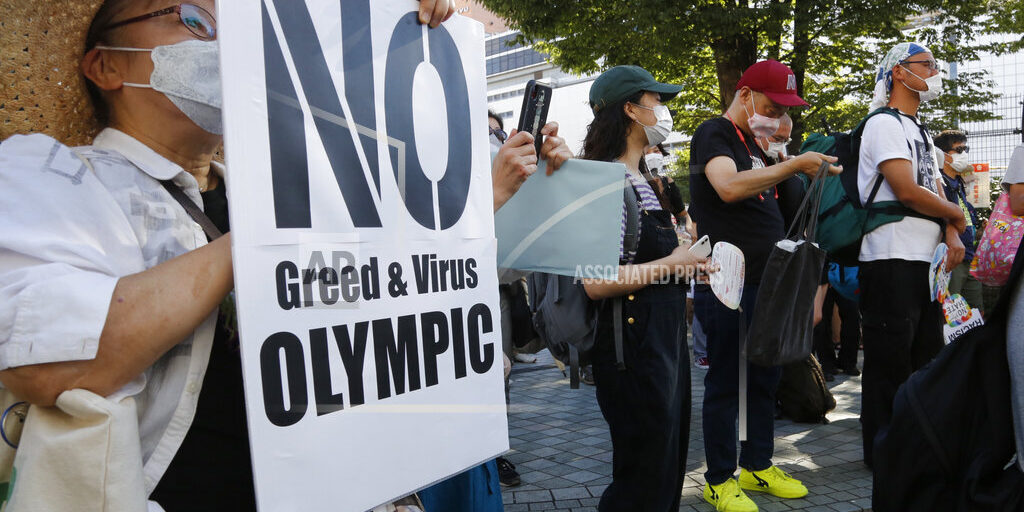 TOKYO (AP) — Two South African soccer players have become the first athletes inside the Olympic Village to test positive for COVID-19. The Tokyo Games open on Friday. Organizers confirmed the positive tests but only listed the two as non-Japanese. The South African Football Association later confirmed there were three COVID-19 cases in its delegation _ two players and a video analyst. Olympic organizers also said another athlete had tested positive but this person was not residing in the Olympic Village. Organizers say since July 1, 55 people linked to the Olympics have reported positive tests. The Olympic Village on Tokyo Bay will house 11,000 Olympic athletes and thousands of other support staff.