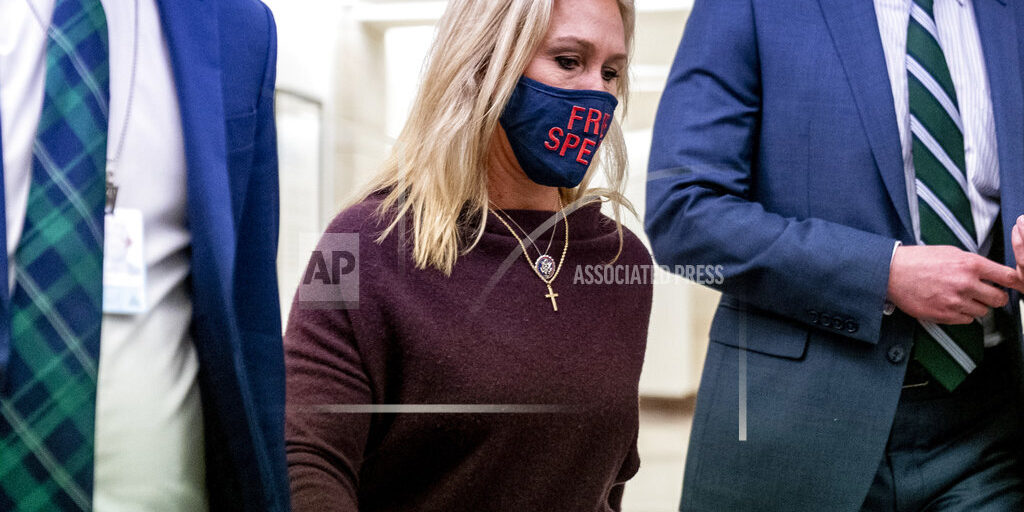 WASHINGTON (AP) — A fiercely divided House has tossed Rep. Marjorie Taylor Greene off both her committees. It was an unprecedented punishment for the chamber and it reflected Democrats’ outrage at the hateful and violent conspiracy theories she has helped spread. Nearly all Republicans voted against the Democratic move, but none of them defended her lengthy history of outrageous social media posts. That illustrated the ticklish political spot Greene put her party in, forcing them to declare whether they should punish or condone a lawmaker who is a close ally of former President Donald Trump.