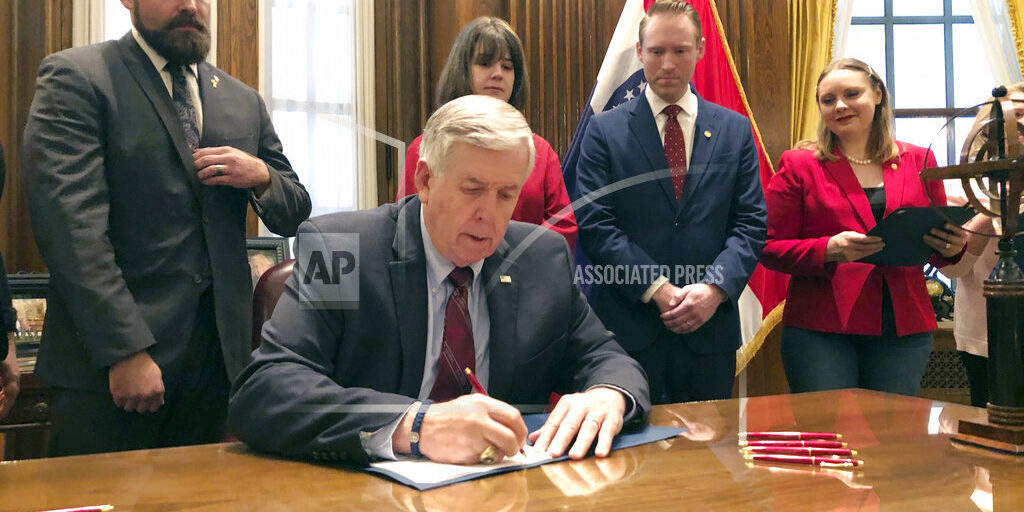 A federal appeals court panel has blocked Missouri from enforcing a sweeping state abortion law that bans the procedures at or after eight weeks of pregnancy. A three-judge panel of the 8th U.S. Circuit Court of Appeals in St. Louis handed down the ruling Wednesday. The panel heard arguments in September in the legal battle over the 2019 law, which also would prohibit a woman from having an abortion because the fetus has Down syndrome. The lawsuit was filed by Reproductive Health Services, which operates Missouri’s lone abortion clinic in St. Louis, and the ACLU. Missouri’s Republican Attorney General Eric Schmitt says he plans to appeal to the Supreme Court.