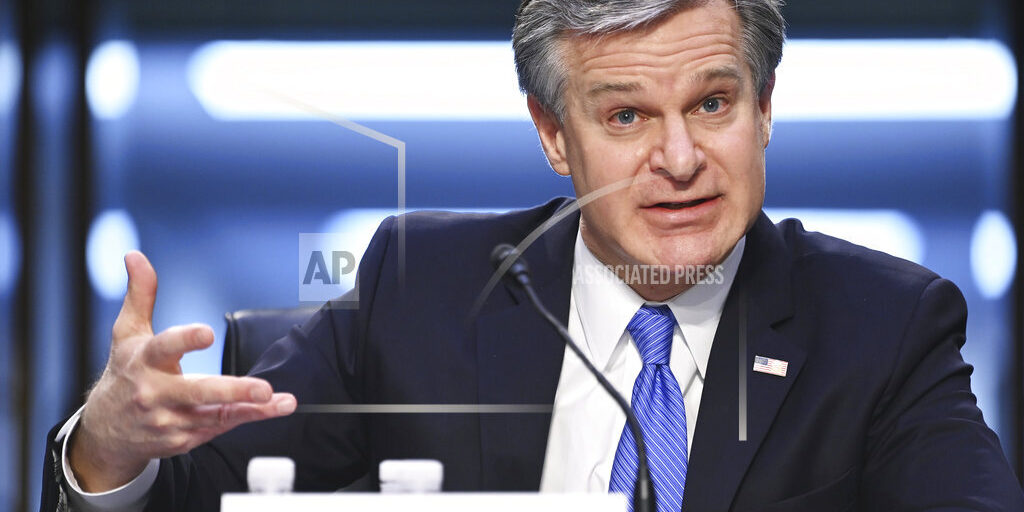 WASHINGTON (AP) — FBI Director Chris Wray is condemning the Jan. 6 riot at the Capitol as “domestic terrorism.” Wray is defending the FBI’s handling of intelligence indicating the prospect for violence at the U.S. Capitol that day. He told lawmakers on Tuesday that information about threats to the Capitol were properly shared with other law enforcement agencies even though it was unverified and uncorroborated. A Jan. 5 FBI field report warned about online posts foreshadowing a “war” in Washington the following day. Capitol Police leaders said they were unaware of that report and had received no intelligence from the FBI that would have helped them prepare.