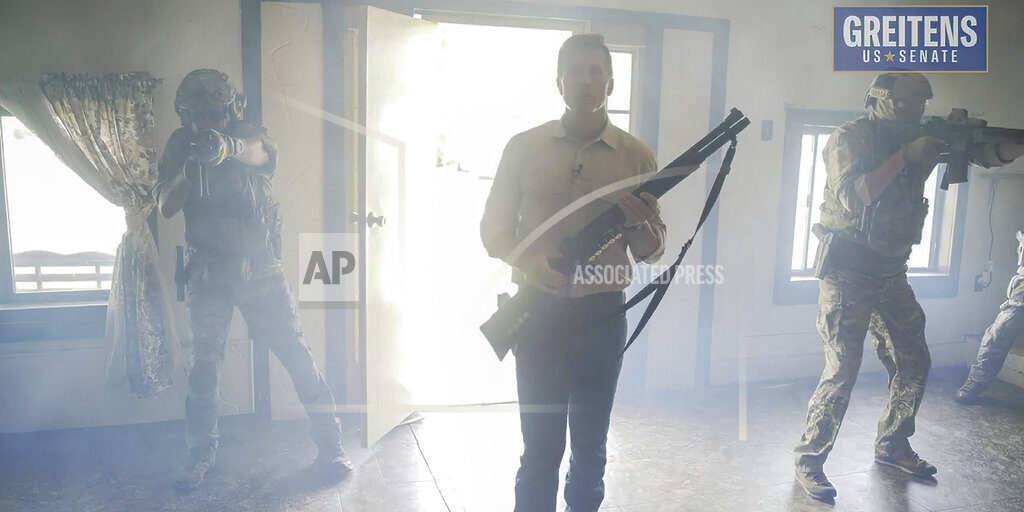 WASHINGTON (AP) — Facebook has removed a campaign video by a U.S. Senate candidate in Missouri for violating “policies prohibiting violence and incitement,” because the ad showed the Republican brandishing a shotgun and declaring that he was hunting RINOs, or Republicans in Name Only. Eric Greitens posted the campaign video ad on Twitter, Greitens is flanked by a tactical unit that breaks through a door and throws flash-bang grenades. Greitens, a former governor who resigned in disgrace in 2018, says, “Get a RINO hunting permit. There’s no bagging limit, no tagging limit and it doesn’t expire until we save our country.” The video comes at a time of renewed focus on gun violence and violence in politics.