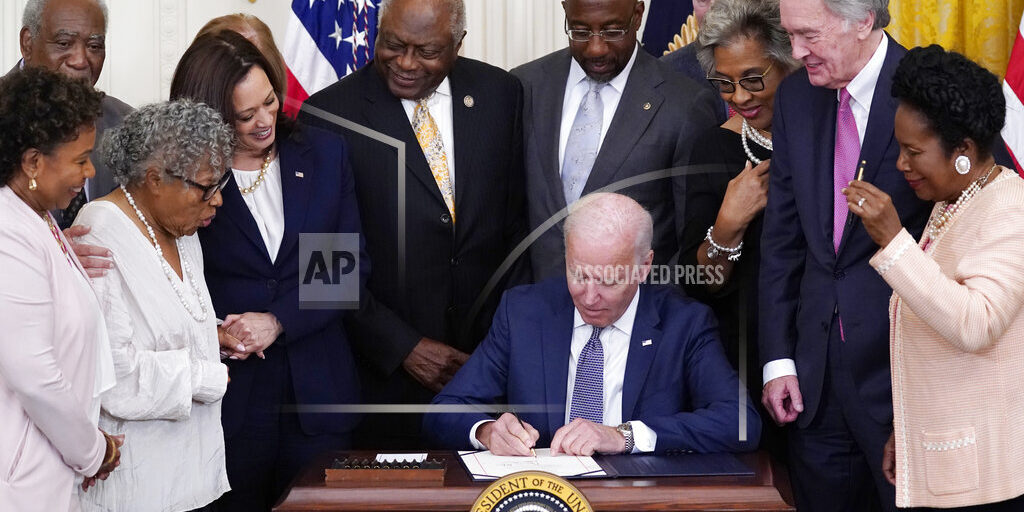 The United States government is catching up with Black people who have been commemorating the end of slavery in the United States for generations with a day called “Juneteenth.” President Joe Biden signed a bill Thursday that was passed by Congress to set aside Juneteenth, or June 19th, as a federal holiday. The Senate approved it unanimously, and only 14 House Republicans opposed the measure. The celebration started with the freed slaves of Galveston, Texas. They got the news the war was over and they were free in 1865 on June 19, a date that was melded into the word “Juneteenth.”

Amazon’s mission: Getting a ‘key’ to your apartment building
July 22, 2021