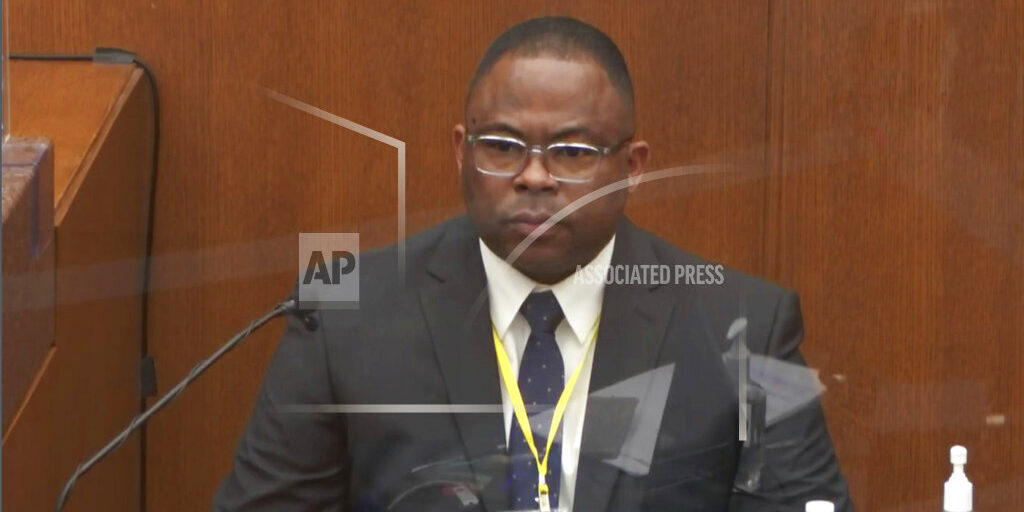 MINNEAPOLIS (AP) — A use-of-force expert says Derek Chauvin had his knee on George Floyd’s neck area the entire time that he was handcuffed behind his back and lying facedown. Jody Stiger is a Los Angeles Police Department sergeant serving as a prosecution witness. He testified Wednesday that his review of video evidence found that Chauvin’s weight was on Floyd from the time officers put Floyd on the ground until paramedics arrived — about 9 1/2 minutes, by prosecutors’ reckoning. Stiger also says bystanders didn’t appear to be a threat to police. Chauvin’s attorney has suggested officers were distracted by angry onlookers.