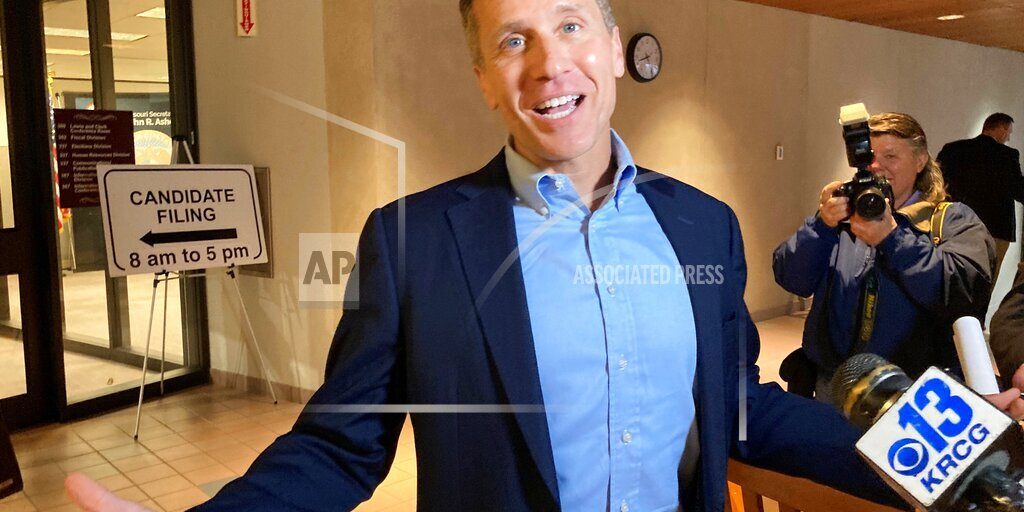 COLUMBIA, Mo. (AP) — The ex-wife of Missouri GOP Senate candidate Eric Greitens has accused him of physical abuse. That’s according to an affidavit filed Monday in the former couple’s child custody case in Missouri. Sheena Greitens also alleges in the affidavit that Greitens showed “unstable and coercive behavior” in the months leading up to his 2018 resignation as Missouri’s governor following a sex scandal. She alleges that associates at one point took steps to limit his access to firearms. In an emailed statement, Greiten’s campaign manager, Dylan Johnson, called the allegations “completely false” and “politically-motivated.”